Vol. 10, Issue No. 14: 22 SEPTEMBER 2011 – EXECUTIVE SUMMARYBoehringer vs Facebook Social Media Socialism What can be done with dedicated resources and some creativity 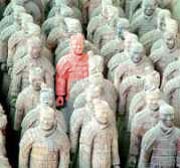 Boehringer-Ingelheim (BI) stands out in its attempt to stand out from the social(ist) cookie-cutter crowd of pharma FB pages. Shows what you can do with dedicated resources and creativity. 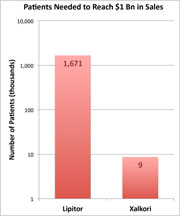 One such drug is Pfizer’s Xalkori (crizotinib), a “newly approved for a rare form of lung cancer, for which Pfizer plans to charge $115,200 a year per patient.”

At that rate, Pfizer needs only about 9,000 patients worldwide to generate $1 billion in annual sales of Xalkori.

Does the new drug development “paradigm” require a new marketing paradigm as well? 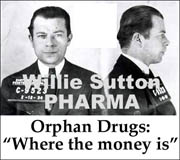 Today, however, orphan drugs also have the potential to turn into blockbusters; ie, be where pharma’s money is at.

The pharmaceutical industry has been very generous in making payments to physicians.

Last year (2010), for example, a mere dozen pharmaceutical companies paid $760 million to physicians and other health care providers for consulting, speaking, research and expenses, according to ProPublica’s “Dollars for Docs” project. ProPublica has taken “translucent” — ie, difficult to analyze — data reported by pharmaceutical companies and created a single database that makes comparisons simple.

The database contains information about payments made to about 500,000 doctors. That’s about half of ALL doctors in the US (including Peurto Rico), which averages about $1,520 per doctor (or about $760 per EVERY doctor in the US).

Find out which companies pay the most to physicians here: http://bit.ly/pnzydc