Welcome to the March 2009 issue of Pharma Marketing News. This is the Executive Summary version. See Article Summaries below.

Thank you for being a reader of Pharma Marketing News. To improve this service, I urge you to take the online Reader Feedback Survey and tell me your thoughts. I have already gotten some great ideas from readers!

Subscribe Now and get the current and future issues delivered FREE by e-mail every month!

Also get DISCOUNTS ON SPECIAL SUPPLEMENTS!

Survey: Which future scenario is likely? Which should pharma support?

In this issue of Pharma Marketing News Kim Slocum, former Director,Strategic Planning & Business Development at AstraZeneca, suggeststhat the best course for the pharmaceutical industry is to support the “Triumph of Reason” future scenario characterized by evidence-based medicine, widespread use of health informationtechnology to support real-time comparative effectiveness review, andvalue-based reimbursement for innovative biopharmaceuticals. Obviously, that’s better than “Big Brother” and “Consumer Chaos,” or is it? There are at least two other plausible scenarios to consider: “Safety Net” and “PhRMA’s Platform.” This survey asks your opinion on the likelihood of these scenarios unfolding in the near future and which one would be most beneficial to the pharmaceutical industry.

Also, the survey asks your opinion about some of the statements for and against “evidence-based” research (CER), which the US government boosted with $1.1 billion in funding in the new economic stimulus act.

Your participation is confidential (anonymous) unless you specifically provide your contact information at the end of the survey and ask to be contacted for more information.

Up Front Syndication is da Bomb!

Many publishers, including Pharma Marketing News, and even the FDA syndicate content via RSS feeds. In this UpFront piece, John Mack, Editor of Pharma Marketing News, reviews how PMN uses RSS feeds to provide content to our readers from a wide variety of sources including the FDA, PhRMA, major news media, blogs, trade publications, etc.
Download this article and read the details here:
http://www.pharma-mkting.com/articles/PMNews_83_UpFront.pdf

Pharma’s Bad Rep or Bad RapWhatever! The Drug Industry Must Earn Back the Public’s Trust

Over the years, Harris Interactive has polled Americans about their attitudes toward corporate America. The pharmaceutical industry has consistently received low scores; in 2007, for example, only 26 percent of Americans viewed the industry favorably. Among the 11 industry sectors examined, only tobacco companies had a measurably lower rating.

Who and/or what is to blame for pharma’s bad reputation? And what should the industry do to win back the public’s trust?

The “How to Earn Back the Public’s Trust” survey hosted by Pharma Marketing News between February 4, 2009 and March 14, 2009 was designed to answer these questions.

This article summarizes the results of that survey, including selected comments from respondents and other commentators.

Will Healthcare be Rationed or Rational? A Case for Supporting Comparative Effectiveness Research

“We ration care in the US today using one of the most capricious andinequitable means possible–ability to pay,” says Kim Slocum, formerDirector, Strategic Planning & Business Development at AstraZeneca.”As cost shifting to consumers has accelerated over the past decade,we’ve seen the effects of this as year-on-year sales growth forprescription products has dropped on more or less a straight line since2000.”

Unless something changes, Slocum envisions direconsequences for the drug industry: “Extend the trend out just a bitfurther and you’re faced with a world in which sixty or seventy millionpeople are completely uninsured with many of the remainder living withvery skimpy coverage. Generic utilization rates in this situationprobably exceed 80% and perhaps 30%-40% of all prescriptions gounfilled.” This describes a future scenario Slocum calls “ConsumerChaos.”

In this article, Slocum describes several alternativescenarios and makes a case for the industry to support ComparativeEffectiveness Research or CER.

Pharmaceutical marketers were surprised to learn how extensively FDAused social media and Web 2.0 in the new year. The recall of 3,400contaminated peanut products in 2009 was described at an eMarketingconference in Princeton, NJ. Pharma marketers heard that blogs, socialmedia, YouTube and Twitter were new tactics embraced by the regulatoryagency, at least in its communication with the public on an importantfood safety issue. FDA, along with CDC and HHS, was pulled further intosocial networking by growing public concern over the rapid growth anddiversity of the peanut-product recall list.

In the future, willthe FDA also be pulled into social media by a major Rx drug recall? What can the drug industry learn from the FDA’s use ofsocial media and will FDA’s example help guide the industry toward bestpractices in this area?

This article describes FDA’s socialnetworking initiatives in context of the above questions. 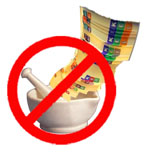 Beefed-up patient privacy protections in the recently enacted economicstimulus package are expected to place significant new restrictions onhow some players in the pharmaceutical supply chain, including chaindrugstores and PBMs, gather and distribute prescribing information topharmaceutical firms for what critics claim is the purpose of marketingdrugs.

This article reviews the medical privacy restrictionsincluded in the American Recovery and Reinvestment Act, which PresidentObama signed into law on Feb. 17, 2009, and discusses the impact theserestrictions might have on pharmaceutical marketing.