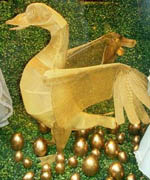 The fear is that if these first steps by pharma are too harshly scrutinized and criticized, the drug industry will shy away from getting more involved in social media.
Read this entire OpEd piece by John Mack here:
http://www.pharma-mkting.com/articles/PMNews_104_Upfront.pdf

HCP Marketing Beyond the Physician
Plugging Into NPs and PAs 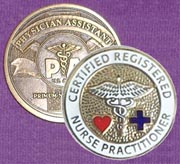 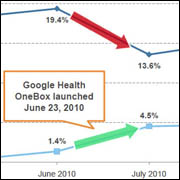 Is it logical to conclude that Google stands to gain paid ad revenue when pharma marketers have to compete with OneBox ads by buying more paid search placements to make up for the loss of organic search visits?
Read more & see the data here: http://bit.ly/GOGLoneboxOMG! AstraZeneca Hosts Twitter Chat & World Does NOT End!

Unfortunately, the way influence is measured in social media such as Twitter, those people who make the most posts — even if those posts are irrelevant to the discussion and ignored — get the highest ratings.
Read more here: http://bit.ly/rxsavechatAstraZeneca Hosts “Take on Depression” Facebook Discussion – Seroquel Lurks Behind the Scenes 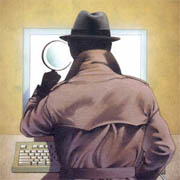 In an ongoing investigation by “Pharma SM Detective” (@pharmadetective; “Pharma SM Detective investigates pharma’s social media campaigns to discover open, honest, transparent, & ethical SM practices, wherever they may be hiding!”), AstraZeneca’s “Take on Depression” FaceBook unbranded discussion application was found to include the “seroquel” brand name in its URL. 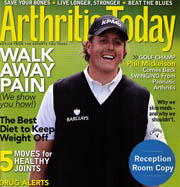 Top pro golfer Phil Mickelson is featured on the cover and inside story of the Mar-April 2011 issue of Arthritis Today magazine.

In the story, Mickelson remarks are more balanced now that he is a paid ENBREL spokesperson. But not only does Amgen-Pfizer hav to pay Phil as a spokesperson, they also have to pay the Arthritis Foundation to get his story published! No wonder AMGEN has blown its marketing budget.
Read more here: http://bit.ly/PhilAT