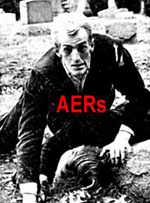 When asked what the # 1 concern pharmaceutical marketers have regarding using social media, the adverse event reporting (AER) boogey man is cited most often.

Many marketers hope the FDA will issue guidance to help them neutralize the boogey man, but that is not likely to happen any time soon. In fact, I’ve heard that DDMAC won’t be issuing those guidelines (see, for example, http://bit.ly/gMDxmC), but has handed the job over to another division of the agency. In my mind that does not bode well — at least DDMAC is the devil we know!

Meanwhile, a recent Supreme Court ruling may have greater repercussions for adverse event reporting by the drug industry than any guidelines the FDA may issue.
Read this entire OpEd piece by John Mack here:
http://www.pharma-mkting.com/articles/PMNews_106_Upfront.pdf Pharma TeleWeb e-Detailing
A New Media Role for Sales Reps

Physician detailing remains a dominant channel for drug promotion. It accounts for 55% of the total pharma promotional spend (69% if you take samples out of the equation). Although the total spend on detailing is decreasing, there is a continued shift from traditional detailing to e-detailing.

“Traditional forms of promotion, such as face-to-face detailing and meetings, are becoming less commonplace, while internet media such as e-detailing and e-meetings are growing at a fast and steady pace,” according to Cegedim. “Tele-detailing” accounts for 49% of the new media channel physician promotional spend and “TeleWeb e-Detailing,” which combines phone and Web site, is a growing trend. 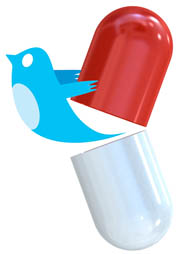 More and more pharmaceutical company employees are using Twitter. Many are using personal Twitter accounts and some also are responsible for corporate Twitter accounts. These employees can be influential ambassadors among the public and have an opportunity — maybe even a responsibility — to help improve the company’s reputation.

Last year, @pharmaguy recognized pharma social media pioneers based on their efforts to implement social media marketing campaigns or to champion social media awareness and knowledge within their companies. This year, Pharmaguy is looking at pharma employees who have personal Twitter accounts, how they use these accounts, who follows them and whom they follow, and how influential they are.

This article is an introduction to the first round of members of this group.

The 100-physician survey, designed to assess the value of adherence solutions and their potential to influence physicians’ prescribing, found that the addition of a rewards-based medication adherence solution shifted reported prescribing preferences between two competing drugs by over 30 percentage points.
Some Questions/Topics Discussed

Are Sales Reps as “Useful” as PhRMA Wants Us to Believe?

“New Survey Emphasizes Value of Biopharmaceutical Company Engagement With Healthcare Providers” is the main point PhRMA (Pharmaceutical Research and Manufacturing Association – the industry trade association) emphasized in its press release regarding a survey of physicians it sponsored. PhRMA also pointed out that nearly 9 out of 10 physicians considered company-sponsored peer education programs to be “up-to-date, useful and reliable.”

That’s good news. But it’s always educational to go beyond the PR to learn something new, even some things the drug industry may not want you to learn.

What else does the survey reveal about the value of sales reps?
Read more here: http://bit.ly/PhRMAKRCsurveyAstellas Scientist Shows How to Light Ice on Fire! 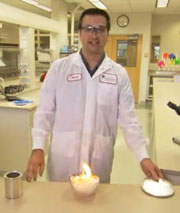 This is Robert Kernstock, Principal Scientist at Astellas Pharma US. I was alerted to meet Robert and “learn why he LOVES science & who inspired him” by @AstellasUS, the company’s Twitter account.

I immediately recognized Robert from a video he made that teaches kids how to light ice on fire. That video was the highlight of a conference I attended last year. That’s Robert and his fiery ice on the left.

The Astellas YouTube channel showcases several of its scientists as part of the company’s Science WoRx (get it? ie, “Rx” for prescription) project, which is a local mentoring program and online resource network for science teachers.
See the video here (Don’t try this at home!): http://bit.ly/IceOnFireFDA Promises Still More Guidance! This Time It’s Mobile. 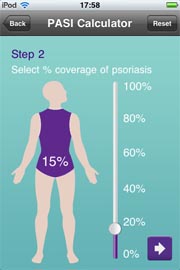 “The Food & Drug Administration is planning to release guidance for mobile medical applications in 2011, according to Center for Devices and Radiological Health director Dr. Jeffrey Shuren.”

As you probably know, another divison of the FDA — DDMAC — has “promised” that it would issue social media guidance for pharmaceutical promotion by the end of Q1 20011. Considering the looming budget cuts suggested by some anti-government bloat lawmakers, it could be a cold day in hell before FDA can spare the resources to get the job done as “promised.”

Regarding mobile devices FDA has a much, much greater challenge in issuing guidance. The issue has to do with agency approval of Mobile medical applications as medical devices. So far, FDA has approved only two mobile applications

Meanwhile, many pharmaceutical marketers are developing mobile Apps such as Janssen’s “Psoriasis” app for the iPhone and iPad. Is this app a medical device that requires approval by the FDA?
Read more about this here: http://bit.ly/MedDevApp