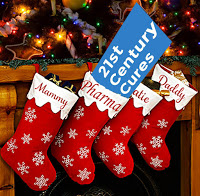 In what Public Citizen described as an “Early Gift for the Pharmaceutical Industry” (see here), the Senate this week passed the 21st Century Cures Act (21st CC), which contains many provisions that will benefit the pharmaceutical industry and patients, according to many observers, including President Obama who said “We are now one step closer to ending cancer as we know it, unlocking cures for diseases like Alzheimer’s…”

Let’s look at the Alzheimer’s Disease drug crisis as an example.

It’s a “crisis” because several clinical trials of promising treatments have failed to demonstrate enough effectiveness to be approved by the FDA (read, for example, “Failed Alzheimer’s Trial Does Not Kill Leading Theory of Disease” embedded below). This is obviously bad for pharma companies – Lilly’s stock tumbled after the failure of solanezumab – and, of course, it is also a disappointment for people with AD and their caretakers.

Failed Alzheimer’s Trial Does Not Kill Leading Theory of Disease

Provisions of the 21st Century Cures Act make it easier to get drugs approved based on less stringent scientific evidence, such as the use of “surrogate endpoints.” In the case of solanezumab, for example, it may have reduced the level of amyloid b (Ab) in the brain but not significantly improved cognitive function, which is the important outcome (many scientists believe Ab buildup in the brain is the cause of AD and progress in molecular imaging during the past decade has made it possible to detect human brain Ab deposition during life using positron emission tomography (PET)).

So, in the future when the 21st Century Cures Act becomes law and appropriate regulations are enacted by the FDA, Lilly may try again to get solanezumab approved based on PET imaging of Ab in clinical trial patients.

Also, if venture capitalist and libertarian Jim O’Neill is nominated by Trump to lead the FDA and if he is approved by the Senate, surrogate endpoints in clinical trials may even be too much of a hurdle for drugs to be approved. All that will be necessary is to prove that drugs are safe to get approval – at least that is the fear (read “Why Donald Trump’s Putative FDA Pick Should Scare Pharma & Patients“).

What does this have to do with pharma marketing?

For one thing, it means that marketers will have to be more creative in explaining the benefits of the drug. When and if solanezumab is ever approved for AD as described above, the ads cannot claim significant improvement in cognitive ability. The ads will have to explain the relationship between Ab in the brain and AD and convince physicians and consumers that reducing the level of Ab is a benefit worth the risk of trying the drug.

Then there’s the Real World Evidence (RWE), which the 21st Century Cures Act allows to be used for drug approvals. Pharma marketers in the future will no doubt use the experience of their KOLs with their patients to promote any RWE they have and drug companies can then submit this evidence to the FDA, which will allow marketers to beef up their promotions to physicians and consumers.

Another feature of the 21st CC Act often cited is the loosening of restrictions on off-label promotion of drugs by the pharma industry. Specifically, a provision of the Act would “allow the FDA to communicate with necessary parties to learn more about a drug’s effectiveness, without being called out for being influenced by those discussions,” notes a review in Pharma Voice (here).

This explains why drugmakers at a recent FDA hearing on off-label promotion told the agency that allowing them to share off-label information with payers would be a critical first step in redefining off-label regulations (read “Will FDA Open a Path to Off-Label Promotion from Pharma to Payers & Not Patients or Providers?“). Such a “re-definition” would open up the opportunity for marketers to communicate to payers.

Should Medical Societies Curb the Use of Conference Twitter Hashtags by...