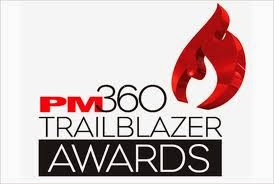 Regular Readers of Pharma Marketing Blog may know that I nominated myself for PMLiVE’s Healthcare Communiquétor Award (see here). I now followup by nominating myself for PM360’s “Trailblazer” Award.

With regard to the former, DJ Edgerton, CEO of Zomega (not a client of mine), said:

“He is and will continue to be a trailblazer [my emphasis]. We all read him. Admit him and top the hat accordingly.”

I take DJ’s comment as a sign that I am qualified for the PM360 Trailblazer Award, which recognizes the “senior healthcare marketer who has transformed the business through leadership, wide-ranging influence, and original contributions.”

OK, don’t take my word for it. Read on for an independent opinion and to “second” my nomination as a “Trailblazer.”

Here is a personal comment from a pharma social media pioneer working within a major pharmaceutical company:

“John has been an early adopter of social media tools and a social media initiator in healthcare themes ever since the 2000s. His profound insights, criticizing or praising the pharmaceutical industry or the regulators whenever he deemed appropriate, are now a solid part of the history of social media in the pharmaceutical industry. I was introduced to his work sometime around 2006/2007; I had nothing to do with marketing or social media at that time, however some friends and I followed and studied his blog posts and podcasts and enjoyed and learned a lot of, at that time, a nascent movement that today everybody takes for granted, namely the moderation and participation of external experts in the eternal, necessary, and often contradictory dialogue between regulators, pharma, patients, and healthcare providers. The zero-tolerance, transparent communication of errors, misleads, deceptive marketing, and also of best practices, good ethical work, positive effects, of the pharmaceutical industry and the regulatory bodies, is at the center of John’s work in the last 7 or so years. Without his voice, a gap would exist today that I really don’t know who would have filled it. ”