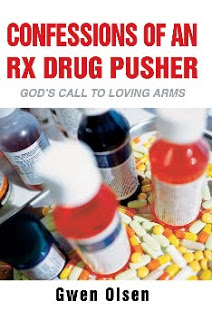 “Critics may not like branded drugs pushed [my emphasis] directly to consumers but it is clear that it brings people in the doctor’s door,” wrote Bob Ehrlich, Chairman of DTC Perspectives (see “DTC Supported By Ad Critic“). Note to Bob: Please attach your name to your blog posts. I know this was written by you, but new visitors might not realize that these are your opinions. Also, since I am a bit dyslexic, it will help me remember how to spell your last name!

I never expected to see “branded drugs” and “pushed” used in the same sentence by a non-critic like Ehrlich. I suggest that he edit that sentence — at least put “pushed” in quotes. It elicits an image in the minds of readers that I don’t think Ehrlich would approve of.

Ehrlich was speaking about direct-to-consumer (DTC) advertising critics, who have been known to use the word “push” when describing DTC ads as well as how drugs are marketed to physicians. See, for example, the book “Confessions of an RX Drug Pusher” by Gwen Olsen who “spent more than a decade as a sales rep in the pharmaceutical industry working for health care giants such as Johnson & Johnson, Bristol-Myers Squibb and Abbott Laboratories.”

I searched Google for images to use in this blog post using the search term “drug pusher” and found three versions of Olsen’s book cover art on the first page of results!

If it wasn’t for Bob’s post and use of the word “push,” I never would have come across Olsen’s book. Now I simply must read it!

Is it fair to call Rx drug marketers “pushers?” It all depends on how you define “pusher.” Of course, the term is almost always used in relation to the sale of illegal drugs, not Rx medications. But since Bob has used it to describe promotion of legal drugs, we’ll leave legal vs. illegal out of the equation.

I’ve always envisioned “pushers” as unscrupulous drug dealers who attempt to “hook” school kids on drugs by first offering them “free” samples. “Try it Johnnie! If you like it, I can get you more and give you a good deal.” Hmmm… this is exactly what “free” samples given to docs by drug sales reps are designed to do. It’s a form of “pushing” using the physician as the middleman — the ultimate drug user being the patient. Of course, for this whole process to work, you need to get the patient into the doctor’s office, which is the role of DTC advertising.

In the world of illegal drug sales, the pusher has direct contact with the user and seeks them where they hang out; eg, school yards. In the world of Rx drug “pushing,” the “users” (ie, consumers) are found where THEY hang out: the living room!

Jeez! When you think of DTC advertising that way, it feels way creepy! Thanks Bob for planting that image in my brain!

The Innerstate DVD. Is TV Next?