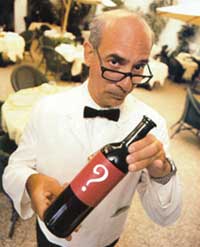 If chatter and palaver of buzz marketing vendors at industry conferences is any gauge, pharmaceutical companies are very interested in consumer-generated content (CGC), which is touted as the next “new thing” on the Internet.

As if that were news!

Pharmaceutical companies have been soliciting consumer content in the form of patient stories for a long time. In fact, my sojourn into the dotcom boom of the nineties began at a Princeton Diner meeting with a heart bypass patient who parlayed his stories about STATIN P (fake name to protect the brand) into a Web site sponsored by the pharmaceutical manufacturer and marketer of STATIN P.

Here’s how it works, based on my experience.

First, the company solicits “success stories” from patients. This may be done via the product Web site, through physicians, health fairs, public relations … whatever.

As an example, consider the story told by my friend Richard Myer over at The World of DTC Marketing:

“When I launched Sarafem online, a re-branding of Prozac for severe PMS, we allowed women to send us their stories, and post them, regarding their experiences with PMS and PMDD. I was surprised when the first week of going live we had over 200 stories.”

Rich is being a little coy — I am sure he was a bit more proactive about this and did more to obtain stories than just “allow” them to flow in. Nobody — not even me — is going to waste any time sending stories to pharma companies without some kind of tit-for-tat. Usually, it’s a contest — someone with the most compelling story may win a trip for two to Hawaii or get their 15 minutes of fame by having their faces and story plastered all over product brochures. They might even get some newspaper or TV coverage!

Fame — rather than cash equivalents — was what lured my heart bypass friend to tell his story to the pharmaceutical company responsible for STATIN P.

He was also smart or lucky enough to ally himself with his physician who just so happened to be a consultant to the pharmaceutical company. Together, they proposed to this company — or the company proposed to them (I don’t know which) — that it would be a good idea to launch an independent Web site to tell these stories and present heart-related medical news vetted by the physician. What the company offered was an educational grant.

Don’t get me wrong! I thought this was a good idea. At the time, I was receiving educational grants to provide physician education via e-mail and the Web — specifically, highlights from medical conferences, satellite symposia, case studies, and literature reviews.

The thing is this. Many vendors are selling pharmaceutical companies on the benefits of consumer-generated content when in fact this is “old wine in new bottles.”

What’s new is the technology “bottles” used to push this “wine” out to consumers: blogs, podcasts, cell phones, etc.

As Rich points out, what is important about pharmaceutical companies getting involved with generating consumer content is “transparency.” Some CGC sites currently sponsored by pharmaceutical companies are flying under the transparenecy radar. See, “Question Everything,” a previous post to this blog, which talks about the GSK-sponsored weight loss site, questioneverything.com.

RLS Foundation (aka GSK?) Calls for Boycott of Consumer Reports Over...