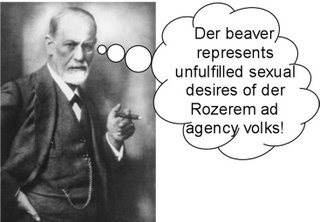 “Dreams, in Freud’s view, were all forms of ‘wish-fulfillment’ — attempts by the unconscious to resolve a conflict of some sort, whether something recent or something from the recessess of the past. However, because the information in the unconscious is in an unruly and often disturbing form, a ‘censor’ in the preconscious will not allow it to pass unaltered into the conscious. During dreams, the preconscious is more lax in this duty than in waking hours, but is still attentive: as such, the unconscious must distort and warp the meaning of its information to make it through the censorship. As such, images in dreams are often not what they appear to be, according to Freud, and need deeper interpretation if they are to inform on the structures of the unconscious.”

Are TV DTC ads becoming more like dreams, requiring interpretation? Just as Freud interpreted dreams of his neurotic patients to expose the unconscious meanings, it seems we have to interpret some ads to understand their messages.

Take the Rozerem TV ads that feature Abraham Lincoln and a beaver. Forget for a moment that the ad says “Your dreams miss you.” That’s not what I am getting at.

The ad itself is as distorted as any dream and requires interpretation to understand.

Ever since I posted a critique of the Rozerem ad on Pharma Marketing Blog (see “Rozerem Ads Dis Lincoln, Show Beaver“), it has been the most viewed page on that site and generated more comments from visitors than any other post.

Most of the comments were attempts to understand the message of the ad. Just like Freud interpreting dreams, people were interpreting the ad, trying to decode the symbols.

“…seems to me to be some ad person’s notion of what constitutes a Freudian dream,” said one commenter, “which tells me how hokey is the thinking of some ad people.”

Although some people — including myself — thought the beaver had a politically-incorrect sexual connotation, others thought it represented being “busy as a beaver,” which could lead to insomnia. What about Lincoln? “Lincoln with his stove pipe hat on is about as close to a talking Phallic symbol as you can get,” one commenter asserted.

It appears that the elaborate symbolism in the ad was meant to convey a benefit that if expressed unaltered would not have gotten through the FDA “censor.” Namely, “Rozerem is the only sleep aid that DOES NOT have a risk of suppressing stages 3, 4 and REM (dream) sleep.” So says a Rozerem “team” member in a blog comment.

What’s pharmaceutical marketing coming to if we have to interpret the ads that marketers produce?

“Only your doctor can tell you why Rozerem is so different,” says the ad. And here I thought that ads were supposed to do that! Silly me.

P.S. As opposed to the ads, the Rozerem product Web site (“Rozerem and the Sleep-Wake Cycle“) actually attempts to explain just how Rozerem is different.

There, the beaver tells us about the “Master Clock” in our heads. There’s even an animation — albeit not a very exciting animation — that shows the clock at work in our brains.

Eventually, this message might work its way into the TV and print ads.

Escuse me while I go set my master clock to snooze.