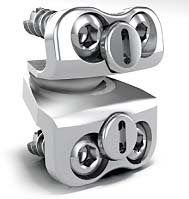 The folks at MedAdNews and their medical device trade publication partner, MX, put together the first PharmaMed Marketing & Media conference this week. Thanks to June Portnoy, the conference marketing person, who gave me a press pass to this conference, I was able to catch up with some old friends and meet many new ones. Chris Truelove, Editor-in-Chief of MedAdNews, was there and so was Christine Gaudet, the conference manager.

Aside from meeting friends at this conference, I learned a few things from the presentations. Imagine that! I’ll write about what I learned in more detail in a future issue of Pharma Marketing News. I will just mention a few highlights here.

Perhaps the most interesting thing I learned is how easy it is to do medical device marketing!

Jill Serbousek, VP Business & Marketing Strategy at Medtronic, presented a case study of a marketing campaign for a spinal surgery device, which a $75,000 market research study told her was one of the “ugliest and scariest products on the market.”

[Medtronic was in the news not too long ago because of the recall of its Sprint Fidelis cardiac defribillation lead. See the FDA video here.]

Serbousek’s presentation was very entertaining and packed with data — something you don’t see many marketers giving away. For example, she told us that among the 5 million spine surgery candidates out there in the US, she only needed to capture 125 of them to break even on a very successful marketing campaign that reached 6.2 million local TV viewers. 80.5 million radio (especially satellite radio) listeners, 4 million print readers, and 73 million Internet browsers. See reached that goal in 2 weeks!

Serbousek also dosen’t need to pay physicians to work for her as editors, advisers, and writers! Well, at least that’s what she says is her policy. Which I admire. But I am sure, like many medical device manufacturers, Medtronic partners with physicians to develop devices and share with them royalties and other types of payment for research.

I hope to cover this in much more detail in Pharma Marketing News.

Continuing on with medical device marketing…

Sam Trujillo, Director, Consumer Marketing, Women’s Healthcare Business United, Bayer Healthcare Pharmaceuticals, not only has a long and complicated job title, he also has a long history in pharmaceutical marketing and presented his buzz marketing strategy for Mirena, an intrauterine contraceptive device.

Mirena, Trujillo said, “was not an easy sale” and direct-to-consumer (DTC) advertising may not be an optimal marketing approach for such a product. His research found that 95% of US women (and 92% of men) cited recommendations by a friend as a source that influenced them to purchase a product. Seventy-four percent (74%) cited TV and 44% cited the Internet. Billboard advertising for Mirena, said Trujillo, was absolutely off the table.

Consequently, the Mirena campaign depended very much on WOM — word of mouth. I won’t get into the details here. You can read more about it in a future issue of Pharma Marketing News.

What’s Keeping Pharma Marketers Up at Night?
Sander Flaum, a Pharmaceutical Executive Magazine columnist and industry consultant, moderated a 2-person panel on the topic of “What’s Keeping Healthcare Marketrs Up at Night?” That’s easy! A rooster (see here)! Not much else that this panel talked about was memorable enough for me to write down in my notes.

In fact, what they did NOT talk about was more interesting than what they did talk about. There was talk about the importance of vaccines; mostly, the panel blamed the media for exaggerating the significance of side effects of vaccines like Gardisil. But no one mentioned that one presidential candidate and his running mate — McCain/Palin — are anti-science. McCain, for example, does not use the Internet and does not dispute the assertion that vaccines can cause autism! Palin apparently believes in creationism and that the universe was created 6,000 years ago! Maybe that’s why a significant proportion of pharma people taking my survey do not intend to vote for McCain.

But Flaum was a gas and uttered such pearls of wisdom as “Billy Tauzin [President of PhRMA] is the wrong person for the job!” I think he was implying — no, he actually mentioned — that a former Congressman does not know the industry. Who should head up PhRMA according to Flaum? “Get a pharma CEO.” Oh, boy! I can see I’ll have to contact PhRMA Intern about that!

Flaum also said, with all due respect to attorneys that were not present in the room at the time, “the only obstacles to innovation are our attorneys.”