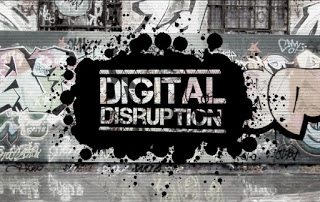 Physicians and pharmacists spend too much time having to explain TV ad drugs that “aren’t appropriate for patients,” said Kasey Thompson, chief operating officer and senior VP of ASHP’s office of policy, planning and communications.

The AMA agrees. It said that DTC advertising “causes headaches for physicians who must constantly debate patients’ who are convinced a drug is right for them because they have seen it advertised” (see here).

These healthcare professionals (HCPs) seem impatient with patients who wish to have a say in their treatment options. But it’s not DTC advertising that’s the cause of this newfound patient “uppityness.” It’s Digital, Stupid!

AMA also has complaints about what it calls the “Age of Digital Snake Oil.” In a June 11, 2016, speech, James L. Madara, MD, AMA Executive Vice President and CEO, said “appearing in disguise among … positive products are other digital so-called advancements that don’t have an appropriate evidence base, or that just don’t work that well — or that actually impede care, confuse patients and waste our time” (see here).

Digital is the real disruptor changing how patients wish to interact with healthcare providers. Patients with chronic diseases, for example, want mobile apps to communicate with their docs (see here), but physicians are not that interested (read, for example, “‘We Don’t Want Your Patient-Generated Data!’, Say Physicians”).

To make matters more complex, Silicon Valley techies are getting involved and trying to give patients more access to their medical data (read, for example, “Apple Moves to Put Users of HealthKit Apps in Control of Their Own Health”). This comes at the same time that FDA is loosening restrictions on medical device makers for sharing data with patients (read, for example, “FDA Issues Guidance That Allows Medical Device Makers to Share Data with Patients”). Apple, however, is empowering patients to access their medical data directly.

To be fair, it’s true that many digital apps don’t work that well (read, for example, “Study Finds Popular mHealth Blood Pressure App is Inaccurate”). Even apps for physicians are buggy. Read this: “Some Unregulated Physician Smartphone Apps May Be Buggy”).

In his speech, Dr. Madara noted that “in retrospect, one might argue that our field was insufficiently embedded in the creation of the first wave of digital products. The result: defective products not informed by physicians.” He has a point and, as I have previously reported (here), the AMA is looking for ways to get physicians involved in the development of digital tools.

Yesterday, at CBI’s Patient Engagement Solutions Summit, I had an interesting discussion with a pharma digital marketer at lunch. The topic was the extraordinary amount of money that pharma spends on DTC marketing – especially TV ads (read, for example, “TV DTC Advertising Is Not Dead Yet!”). Digital is virtually an asterisk in pharma’s media mix.

What if, we wondered, just TV DTC branded drug ads were banned? That would (1) eliminate much of the complaints expressed by HCPs and (2) free up billions of dollars to devote to digital, which has a greater potential to revolutionize the pharma-doctor-patient trinity!

Some of the TV ad money could also be used to get more physicians involved in the development of digital tools — such as adherence apps — that actually work and that physicians and pharmacists will prescribe/recommend to their patients. It’s a win-win-win!