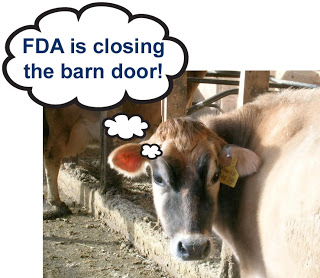 Recently, the FDA sent Sanofi-Aventis (SA) an untitled letter requesting that the company cease the distribution of a reprint from the Journal of Clinical Oncology, which describes a study comparing the efficacy of its breast cancer drug Taxotere to that of Bristol-Myers Squibb’s Taxol.

Actually, FDA did not request that SA cease distribution of the reprint itself. It said that the “violative promotional material,” which in this case is the “reprint carrier,” should no longer be distributed.

The reprint carrier — the folder or binder in which the reprint is inserted — was “false or misleading because it presents unsubstantiated superiority claims and overstates the efficacy of Taxotere,” according to the FDA.

In January, 2009, the FDA issued new guidance on the the distribution to physicians of medical journal articles (reprints) on “unapproved new uses of approved drugs” by Rx drug marketers (see the “FDA Guidance Document“). The SA letter, however, is NOT related to a violation of this guidance. The claims made on the carrier were the focus of the FDA. Those claims were not substantiated by the results of the study that was the topic of the reprint. In fact, the FDA said it was unaware of ANY evidence in support of those claims:

“These claims misleadingly suggest that Taxotere is superior to paclitaxel in the treatment of patients with locally advanced or metastatic breast cancer after failure of prior chemotherapy, and overstate the efficacy of Taxotere. FDA is unaware of substantial evidence to support these claims.”

Of interest is the fact that the FDA based its analysis on materials submitted under cover of Form FDA 2253 by SA and obtained at the American Society of Clinical Oncology annual meeting in June 2008 — almost one year ago! That material was in the possession of the FDA even before the reprint guidance cited above was issued in January, 2009.

I have often complained that regulatory actions of the FDA is akin to closing the barn door AFTER the cows have left (see, for example, “FDA and YAZ: Is FDA Helping Marketers Work Around Regulations?“). By law, the SA Form 2253 must have been submitted “at the time of initial dissemination of the labeling and at the time of initial publication of the advertisement for a prescription drug product.” Therefore, FDA sat on this for almost 11 months.

Of course, a lot happened during those 11 months — notably a change in FDA administration. There may be several other pieces of evidence sitting around the FDA that soon will generate new letters as part of FDA’s new enforcement muscle flexing. The SA letter is just one of several recent actions by the FDA that demonstrate this new-found regulatory imperative.

In closing, I quote Mark Senak of Eye on FDA Blog (see “Warning Letter Quarterly Update, Last Quarter 2008, First Quarter 2009, Part 1“): “The lesson learned here? It would be prudent for companies to consider whether or not the regulatory environment is shifting based on the evidence of the infamous 14 letters and the Cheerios warning. It may be time to strategically review and take stock all current promotional materials to assess with a new and highly critical eye to question again whether or not there is a potential violation. Because the message so far out of FDA is that just because you have been engaged in a promotional practice for some time, doesn’t mean that it won’t be the subject of future regulatory actions. There is no statute of limitations on promotional practices and their eventual regulation by the FDA.”