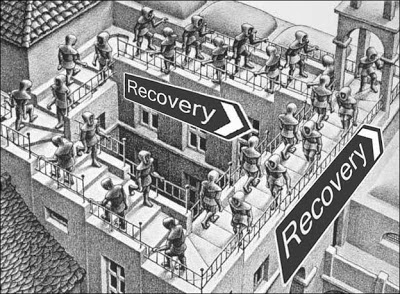 You’ve heard of the 12-Step Program of Alcohol Anonymous and you may have even heard of “The Twelve Steps of Pharma Social Marketers Anonymous” (here). But have you heard of the “12 [Steps the] Pharma Industry Can [Take] to Rebuild Real Public Trust” posted by Luke Timmerman over at Xconomy blog (here)?

I usually don’t like lists for a number of reasons (see “10 Reasons Why I Hate Lists“), but I like 12-Step lists because I can paraphrase the AA steps so that they are relevant to the pharmaceutical industry as I did here.

But rather than do that, let me review a few of the steps recommended by Timmerman that are relevant to pharma marketing & sales and determine if his 12-Step Program is really necessary.

STEP 1: Stop overreaching on drug prices. “…even when the market allows for a high price, how much is too much?”, asks Timmerman who suggests that pharma prove drugs that cost $100,000 per year are “cost-effective.”

Another solution is to allow “re-importation” of drugs. Data from PharmacyChecker.com, which compared prices on 15 of the top-selling brand-name medications made in the United States. It found U.S. consumers could save an average of 76 percent on such domestic products by buying them from verified international pharmacies rather than in this country (read “Drug prices reveal the ‘racket’ of big pharma“).

Maine’s new “Importation Law,” which is designed to make it easier for citizens to buy lower priced prescription drugs from Canada, the UK, New Zealand and Australia, is being challenged by the drug industry because it violates the Foreign Commerce Clause and the Supremacy Clause. “Supremacy” trumps lower prices!

STEP 4: Support the FDA, even when it might hurt. Timmerman suggested “a pharma- and taxpayer-supported big data initiative that tracks adverse events in real-time.” This is a technology fix to a single item on FDA’s agenda. Also, it is liable to have many cost overruns — with taxpayers footing most of the bill — and NOT work as well as planned (think www.healthcare.gov).

What FDA really needs are more people to police the industry and make sure pharma companies deliver what they promise, such as post-marketing studies that prove their drugs are safe when used in the real world.

STEP 8: Stop breaking the law in your sales and marketing departments. Timmerman says “Off-label marketing has got to stop.” Duh! How about kickbacks to healthcare professionals, withholding safety data, paying to delay generics, stuff like that? I think pharma should stop doing those things as well.

But, you know what? Unless some pharma executives go to jail, these illegal activities will continue and the fines levied against pharma companies will just remain a cost of doing business, which is offset by higher prices. Oops! Back to STEP 1 where we started!

STEP 10: Stop direct-to-consumer TV advertising. Critics and even former & current pharma executives have urged the industry to do this (see, for example, “Bad, Devalued, Distrusted & Defensive Pharma“). In any case, it’s worth quoting Timmerman at length on this:

“These ads make the industry look like a bunch of hucksters, not all that different from juicer-masters or whatever of late-night TV. It cheapens the value of these drugs, making important advances like AbbVie’s adalimumab (Humira) look like bar soap or breakfast cereal. It’s all white noise to consumers after a while. If you want to be seen as a science-based industry genuinely interested in human health, then make your best arguments on data to doctors and patients, not emotional or demographic identity-based appeals. The 30 or 60-second spot is for entertainment, not medical information. You’re probably wasting your money, so why not stop? TV ratings aren’t what they used to be anyway.”

IMHO, Timmerman’s steps 2 through 12 won’t move the drug industry reputation needle one iota. It’s really the cost of drugs that make the industry “look like a bunch of hucksters.” If the public could see more effort by the industry to price drugs for the “common man,” that might help move the needle. Instead, we hear this from pharma executives:

At a Financial Times Global Pharmaceutical & Biotech Conference, reports John LaMattina, Bayer AG CEO, Marijn Dekkers, said that Bayer didn’t develop its cancer drug, Nexavar (sorafenib) for India but for Western patients that can afford it. “That’s a pretty provocative comment,” said Lattina. “At a time when Pharma’s reputation is suffering, Dekkers’ comment does not help matters. Rather, it reinforces the notion that Big Pharma is only interested in profits and those in need are out of luck when it comes to life saving medicines” (read “Does Pharma Only Develop Drugs For Those Who Can Pay?“).

The New Celebrex TV Ad: What Did You Learn?