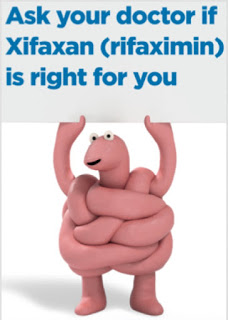 As reported by Ed Silverman/Pharmalot (here), “Over the past few years, more drug makers have run TV [direct-to-consumer, aka DTC] ads featuring cartoon characters or other animation techniques to promote their medicines. But while some may be cute or visually striking, regulators wonder whether these ads interfere with consumer comprehension. So the Food and Drug Administration (FDA) plans to run a study to determine whether these visual tools may distort how consumers perceive the risks and benefits of a medicine, according to a notice posted this week in the Federal Register (here).”

It is “possible that animated characters may lead to lower perceived risk by minimizing or camouflaging side effects,” the FDA wrote, adding there is concern that “entertainment aspects can distract from learning key information.”

I was quoted in Silverman’s piece:

“I think we are seeing more of these animated ads,” said John Mack, who publishes Pharma Marketing News. “The companies believe the ads can make the products or message friendlier or more appealing. And animation can be used to counteract the unappealing nature of the medication or the side effects that are listed.”

But I also mentioned another reason why I think pharma marketers use these characters.

Before I get to that, let me cite some history on the subject of the effect that drug ad cartoon characters have on the communication of risk information.

How devious DTC advertisers are! Who’d’ve thought they were clever enough to employ such nefarious devices to subvert the fair balance guidelines of the clueless FDA. Only now, 11 years later, is the FDA proposing to determine if Day was right! You might ask: What took you so long?!! You might also ask: Is this study really necessary?

Another reason I mentioned to Silverman for using mascots is branding. Think of Tony the Tiger, the Kellogg’s Frosted Flakes mascot, or the Philly Phanatic, the official mascot of the Philadelphia Phillies Major League Baseball team.

Brandname drug mascots not only appear in TV and print ads, they are also plastered all over patient education brochures and other marketing pieces that sales reps hand out to physicians, as well as in booths at medical conventions, on billboards, websites, and wherever else there are eyeballs!

When patients visit their doctors, they may not ask for an advertised drug by name – who can remember those names? Xifaxan? Really?!! – but they remember the mascot. “You know, doc, the drug with the cute bubble guy. There he is on that pamphlet you have right here on your desk!”

[It’s been reported that Bubble Guy has at least 6 fans on Twitter who have expressed fondness or empathy for the “cute” and “cuddly” mascot. Even Digger, the nasty dermatophyte mascot for Lamisil, is kind of “cute” and physicians loved to pose with the “live” mascot at medical conventions (see my “Gallery of Drug Advertising Mascots“)].