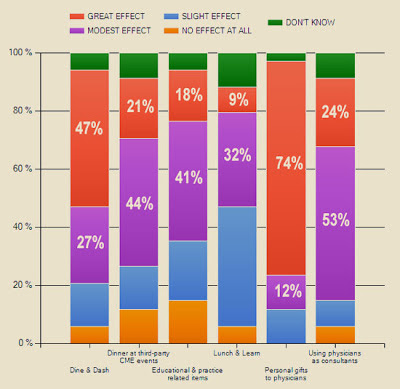 According to the Financial Times (here), the European Promotional Product Association (EPPA), a trade body representing “tchotchke” makers, is threatening to sue the EU pharmaceuticals industry over its plans to ban the widespread use of cheap branded promotional items.

The European Federation of Pharmaceutical Industries and Associations (EFPIA) is expected to revise article 10 of its EFPIA Code on the Promotion of Prescription Only Medicines To, And Interactions With, Healthcare Professionals (HPC Code). Instead of allowing “inexpensive” branded promotional items to be given away if they are “relevant to the practice of medicine or pharmacy,” the new code will ban these items outright, effective January 1, 2014.

The U.S. pharma trade group (PhRMA) has a similar provision in its Code on Interactions with Healthcare Professionals, which was revised in July 2008. Article 11 of the PhRMA code specifies that “it is appropriate for companies, where permitted by law, to offer items designed primarily for the education of patients or healthcare professionals if the items are not of substantial value ($100 or less) and do not have value to healthcare professionals outside of his or her professional responsibilities.”

Hans Poulis, president and CEO of EPPA, claims tchotchkes “have no influence at all on the decision-making process of a healthcare professional.”

“His stance,” notes the FT article, “is in contrast to the broader claims of the promotional products industry that its items offer clients an effective and efficient way to build loyalty to their brands.”

Some time ago, I surveyed readers about what impact the PhRMA code would have on marketing to physicians. Respondents were asked: “In your opinion, what ACTUAL effect has the Code had on the following activities supporting physician marketing and sales? (NO EFFECT means no cutback in activity, GREAT EFFECT means complete halt in activity.)” Response choices: No Effect At All, Slight Effect, Modest Effect, Great Effect, Don’t Know. The activities were:

With regard to free gifts to physicians, 74% of respondents said the code will have no effect at all (see figure below).

Several U.S. agencies specializing in designing “tchotchkes” have gotten out of the business (or gone out of business) due to the PhRMA code, which does not ban these items outright. The new EU guidelines may further impact U.S. tchotchke makers as well. Promotional Products Association International president and CEO Paul Bellantone said (here):

“We know firsthand the negative impact similar U.S. PhRMA guidelines had on our own marketplace in 2009. We continue to build strong relationships with a number of organizations throughout Europe and applaud EPPA for taking a leadership position on this important global industry issue.”