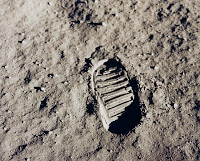 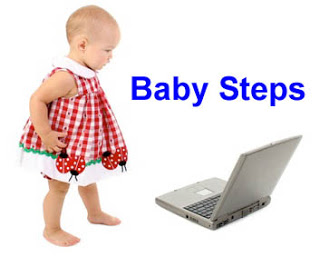 In his closing remarks at yesterday’s public hearing on FDA regulation of social media, Tom Abrams, Director of FDA’s Division of Drug Marketing, Advertising, and Communications (DDMAC), said “what we have heard is it’s a different medium.”

As far as I know, this is the first time that anyone at the FDA has said that. Usually, the FDA says it’s “media-agnostic.” In other words, its regulations apply to all media and do not have to be modified for any particular medium.

I suspect that was just a defense for why the agency has not provided any specific guidelines for use of the Internet.

In fact, the FDA HAS treated one particular medium as “different” in the past: TV.

In 1997, for example, the FDA allowed direct-to-consumer (DTC) Rx ads on TV that did not include the complete approved physician labeling (package insert) as long as “adequate provision” was made to reference a toll-free phone number, a Web site or a current issue of a magazine that contains a print ad where the full safety information could be found.

Therefore, the agency has not been completely media agnostic.

Abrams went on to say “FDA wants to give this much thought as we determine the best approach to the Internet and social media tools. FDA has much work to do in this area…” Oh, Oh! Sounds like Abrams is setting us up for a long wait before FDA issues any social media guidelines. But, he also said the FDA is “determined to do this work. It’s important and we will do it.”

The only question is WHEN will the FDA do this work; ie, issue guidance on the use of social media?

It all depends on how “determined” the agency is and how much it plans to do in one step.

If FDA decides to bite off more than it can chew, it will take a long time to issue any guidance and whatever it comes up with will be out of date as soon as it is published.

A much better approach would be to tackle a few issues at a time. It could, for example, issue guidance regarding space limitations imposed by certain tools such as Twitter (and other SMS, text-based apps) and services such as search engine ads. FDA could officially sanction the “one-click rule” in these cases as long as certain criteria were met, such as proposed by Google and PhRMA.

I proposed the use of a special hashtage for branded Twitter posts:

If each product was assigned a unique hashtag by the FDA and all product tweets were required to include that hashtag, then the FDA, consumers, and healthcare professionals could easily review all the product tweets and ensure they obey regulations regarding fair balance presentation.

Just as the industry has been advised to take “baby steps” when getting involved in new media, the FDA should also take baby steps when regulating the Internet. It should — as many suggested — set up a task force composed of different stakeholders to advise them on which issues to tackle at any given time.

If the FDA adopts the “baby step approach” to regulating the Internet, I am hopeful that the first “step” will occur before the end of 2010.

ONE SMALL STEP FOR FDA, ONE GIANT LEAP FOR PHARMA!

Report from CBI’s eMarketing Forum: Preaching to the Choir