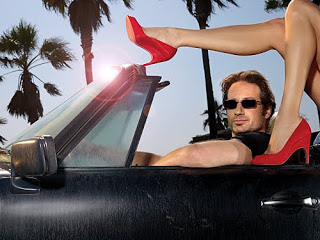 I wonder if the Bloomberg reporter wrote this story with her tongue in her cheek or somewhere else. At least the BI Tweeter (@Boehringer) seemed pretty excited in this tweet sent out a few hours ago: “Great Bloomberg article on female sexual desire and recent medical research from Boehringer Ingelheim http://bit.ly/44CIt #ESSM” The #ESSM hash tag refers to the European Society for Sexual Medicine annual meeting, which is taking place in — where else? — Lyon, France. At that meeting, results of two clinical tests of 1,378 North American patients where presented.

And what did these results show?

According to the Bloomberg article, which probably quoted extensively from BI press releases, “Pooled results from 1,378 women in the so-called Daisy and Violet trials in North America showed that women taking 100 milligrams of flibanserin nightly reported an average of 4.5 satisfying sex acts per month, up from 2.8 acts during a four- week test period used to establish a baseline for comparison. Women taking a placebo reported 3.7 satisfying sex acts, compared to 2.7 acts during the baseline period.”

BI is desperate for new drugs “because it faces the loss of 1 billion euros ($1.5 billion) in annual revenue when two older medicines, Mirapex for Parkinson’s disease and Flomax to treat enlarged prostate, lose patent protection next year.”

“The U.S. market for medicines to rekindle female desire could exceed $3.5 billion a year,” said the Bloomberg article. Isn’t that more than the current US sales of Viagra, Cialis, and Levitra combined? That seems like a lot of money to pay for 10 or so yearly masturbatory sexual acts in patients who take these “desire pills.”

“The women taking flibanserin didn’t just have more sex, but found it more satisfying,” said a researcher quoted in the article.

Boy, I wish I could see the clinical trial data. I am sure it’s all very scientifically valid…NOT! I mean, how do they measure a “satisfying sexual act?” I’m pretty sure they do not hook women subjects up to some kind of gizmo as Pfizer has done to measure erections in men who take Viagra (see “Pfizer’s Erection Hardness Meter“).

Speaking of Viagra, I see a great Pfizer/BI co-marketing opportunity here; ie, the first combined sexual enhancement “solution” for male/female couples: Viagra and BI’s “desire pill” prescribed in a single package, which may technically make it a new dosage form with one single label. That would extend the patent life of Viagra. Maybe Pfizer is thinking about purchasing BI. Hey, it could happen!

BI, of course, is hoping to get flibanserin approved for sale in the US. God help us if FDA approves this snake oil product! If you thought the Viagra ads were inappropriate, wait until you see Congress’s reaction to ads showing women experiencing increased sexual libido. Whichever ad agency wins that account will have a lot of interesting issues to deal with.

Economy Down, Insomnia & Depression Up. Result: Fewer Ads Needed to...