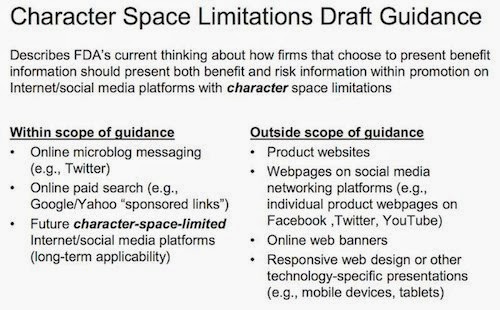 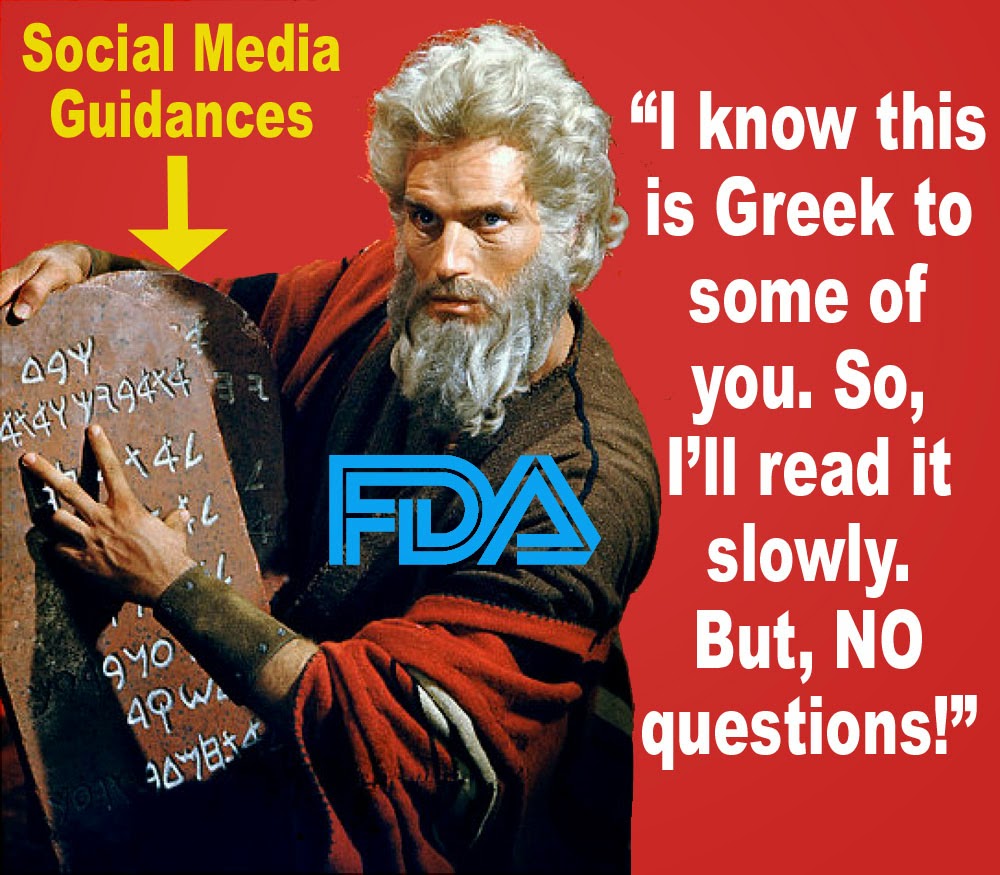 Yesterday, the FDA hosted a public webinar to “further” the Agency’s “communications with stakeholders, media and the public” about recently-published social media guidelines.

Unfortunately, I did not learn of this until it was too late — registration to attend was closed. So, I urged those attending to live tweet during the webinar using the #fdasm hashtag.

If you read those tweets, you’ll soon discover three things:

First, there were so many technical difficulties, the whole thing seemed to be heading for an epic #FAIL. Eventually, however, people were able to hear what was being said.

Second, when participants could actually gain access and hear what was being said, they were surprised that the FDA was simply reading the guidance documents verbatim.

“The #FDASM webinar, a haiku: Reading verbatim. Good use of my precious time? I’m not sure it is,” tweeted @whendanieltalks.

This reminded me of Moses reading the ten commandments to the Israelites, who afterward agreed to obey those laws. Whether or not the pharma industry will obey the current drafts of FDA’s “ten commandments” remains to be seen. Personally, I think the industry wants to send Moses back up the mountain.

The third thing people discovered was that, for a while, it seemed there would be no time for questions. But I guess a few were allowed and answered.

So, what was the main takeaways?

For me, the main takeaway was FDA’s view of what is and is NOT within the scope of the Character Space Limitations Guidance. Here’s the relevant slide from FDA’s deck:

Social media on mobile devices is “outside” the scope of these guidelines! Which is very interesting considering that most of the time — I’m guessing, based on my behavior — social media is accessed via smartphones and other mobile devices.

Why does FDA consider mobile devices out of scope?

I think it’s because of the comments I submitted to the docket about use of mobile devices. In that comment, I proposed posting promotional tweets with attached images that showed the important safety information (read “Another Idea for Creating FDA-Compliant Promotional Tweets“).

In discussions with the Twitter “pharma team,” however, I learned that on small-screen mobile devices — e.g., smartphones — which are very often used to send and view tweets via the Twitter app, these images are too small to be readable.

There are other problems when viewing such tweets on smartphones.

When viewing the tweet using an older version of the Twitter app on an iPhone, the image is not visible in the tweet timeline itself and you must click on the tweet to actually see the image/ISI (op cit). Of course, if you have to click on the tweet to see the ISI, that would be like the search engine ads cited by FDA as violative (i.e., the “one-click rule” is not FDA-approved).

I guess it’s back to the drawing board (aka mountain) for the FDA to draft new guidance for drug promotion messages viewed on mobile devices!