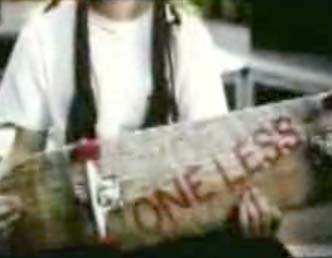 Merck’s cervical cancer vaccine, GARDASIL, posted total sales as recorded by Merck of $262 million for the first quarter of 2009, a 33 percent decline from the same quarter in 2008 (see “Merck Worldwide Sales Decrease 8%“). This continues the same decline in sales reported in October 2008 for the July/August 2008 v 2007 period reported by IMS (see here). Thus, this current decline cannot be considered seasonal and may not even be related to the bad economy.

It is speculated that as more girls get the shot, its remaining market declines. Merck must target increasingly larger populations (see “Merck’s Goal: ‘One Less’ Gardasil Marketing Problem“).

Recently, Gardasil ads re-appeared in TV, which is obviously an attempt to maintain sales or prevent further decreases.

Will this marketing succeed?

TV ads can only increase awareness in the general population. Perhaps there are some women out there who are not aware of Gardasil or who need another reminder about its benefits. But unless and until Merck gets approval for a larger patient population — it is seeking FDA approval to market Gardasil to women through age 45 — no amount of marketing can overcome a sustained 33% decrease in sales.