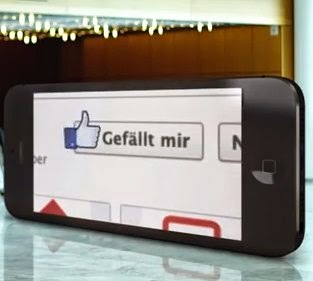 “Boehringer Ingelheim is a leader in healthcare social media,” according to video the company has just recently uploaded to YouTube for the whole world to see (the video is embedded at the end of this post).

I’m on record for pointing out that some pharma companies are getting very comfy with Facebook, YouTube, blogs, Twitter, Pinterest, Vine, and even Tumblr to reach its many and diverse audiences (read, for example, “Pharma and Social Media – Comfy Bedfellows“). And I’ve given Boehringer (BI) kudos (e.g., “Boehringer Ingelheim Shows How to Support Patients via Twitter and Beyond“) as well as thumbs down (e.g., “BI’s Famously Buxom and Unpronounceable YouTube Video“) for its social media efforts.

Later this week, I will be interviewing Patricia Alves, Social Media Community Manager, and Jaclyn Fonteyne, Social Media Specialist, at Boehringer Ingelheim, about their experience with tweetChats to inform stakeholders, build trust, and drive innovation in healthcare (listen here).

In the video, BI emphasizes its commitment to commenting, sharing, and two-way conversations via its social media channels. “Don’t forget to like our page,” says the narrator. Or, in German: “Gefällt mir.”

BI has some other interesting things to say in its video.

For example, viewers are urged to scroll through BI’s Vine page for “short, informative clips about health.” BI has posted a significant number of video clips on its Vine site — most, however, are not very creative and I think I spot Patricia Alves in one or two of them.  I bet this is her shuffling letters around to spell #COPDCHAT:

Obviously, BI is experimenting after a slow start a year ago (read “Seen on Vine: Loopy 6-Second Pharma Videos“). In any case, I think my podcast interview with Patricia and Jaclyn will be more informative.

“Social media is very important to Boehringer Ingelheim,” says the narrator. “Two-way conversation with our social media audience plays a key in our communication. We’re always looking for next innovative post, newsworthy tweet, or captivating image and we love seeing engagement on all of our pages.”

Wow! That’s not a sentiment you hear expressed very often in a public statement by a pharmaceutical company.

A Great Resource to Help You Keep Track of Election Issues...