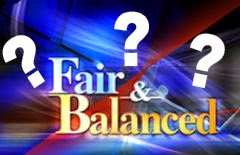 FDA seems obsessed with the distribution of reprints by the pharmaceutical industry.

In January, 2009, FDA “finalized” its “Good Reprint Practices for the Distribution of Medical Journal Articles and Medical or Scientific Reference Publications on Unapproved New Uses of Approved Drugs and Approved or Cleared Medical Devices U.S.” (see “FDA Finalizes Guidance on Distribution of Reprints“).

That guidance, however, was not well-received by the pharma industry and in February, 2014, the agency released a new draft guidance document entitled “Distributing Scientific and Medical Publications on Unapproved New Uses – Recommended Practices,” which addressed comments from stakeholders regarding the first, “finalized” version (see “WLF to FDA Regarding Distribution of Off-Label Reprints: See You in Court!“).

FDA excluded medical devices from the scope of this guidance, which makes me think further reprint guidance documents are in the works. In fact, by slicing and dicing the focus, FDA could spend a lifetime issuing reprint distribution guidances. But would the result be a “Fair and Balanced” distribution of drug information to doctors by the pharma industry?

What about newly identified risk information not included in the label? What about new postmarketing study reprints focusing on efficacy of “approved” uses (as opposed to off-label uses)? Have these cases been covered in previous guidance documents? I don’t think so.

Obviously, the drug industry may not be too interested in distributing reprints that document previously unidentified risk information. Doctors would have to find this information on their own or wait for the FDA to possibly force changes in the labeling, which doctors won’t read anyway.

And if pharma publishes new studies regarding efficacy of approved uses, I’m sure they will want to distribute reprints of those, but only if positive.

What about comparison studies that show the promoted brand drug is no better than older generic drugs? I’m sure those reprints won’t be distributed by pharma sales reps even though FDA may require a bibliography containing all other known studies on the drug (including contradictory ones). Recall that the Washington Legal Foundation wants that out of the previous guidance published in February (op cit).

It seems to me that the FDA is issuing instructions to the drug industry on how to deliver POSITIVE new efficacy and risk data about prescription drugs, not negative data. This is what Fox News calls “fair and balanced” but I don’t buy it.