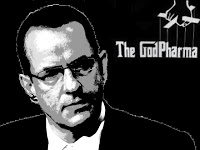 Revelations about the China bribery scandal involving GlaxoSmithKline (GSK) continue to emerge in the media and each day brings new shockers. A story in today’s Wall Street Journal, for example, suggested that a top GSK compliance officer engaged in stalling tactics when confronted with whistle blower allegations of wrong doing in China. According to the WSJ article (here):

In June, Glaxo told the Journal that for four months it “used significant resources to thoroughly investigate each and every claim from this single anonymous source” and found “no evidence of corruption or bribery in our China business.” This week, Glaxo added that its probe included “external lawyers.”

Communications between the tipster and Glaxo suggest the company probe may have been much shorter.

Sabina Sudan, vice president and compliance officer for Glaxo’s emerging markets and Asian-Pacific region, replied to the tipster in a Jan. 22 email, saying the company would be investigating the issues.

In a May 13 email to the tipster, however, Ms. Sudan said Glaxo had not yet hired an external lawyer to conduct an investigation. She asked the tipster to share all information and materials supporting the allegations so outside counsel could be properly instructed.

Ms. Sudan also wrote in the email that “comprehensive preparation for the investigation is vital before anyone in GSK China or the relevant business unit is interviewed.”

That my friends is what I call “stalling,” which I suspect is a tactic often employed in an attempt to identify and possibly threaten the “tipster” before taking any action on allegations. Or it just might have been an attempt to get all GSK’s legal ducks in a row to prepare for a court fight. In any case, it’s despicable.

Meanwhile, another WSJ story (here) reported that GSK will pay $229 million to settle lawsuits in which several U.S. states accused the drug maker of deceptively marketing the diabetes treatment Avandia by misrepresenting the safety and efficacy of the drug, which has been linked to increased risk for heart attacks and strokes. Last year, GSK agreed to plead guilty to criminal charges of illegally marketing drugs — including Avandia — and withholding safety data from U.S. regulators, and to pay $3 billion to the government in what the Justice Department at the time called the largest health-care fraud settlement in U.S. history (here).

All of which is leading me to think that GSK may be a bona fide criminal organization. “TSK, TSK, TSK!” is an insufficient response but one that seems to sum up how U.S. law enforcement views the company’s illegal activities!

(HT to PharmaGossip as the source of the “GodPharma” image above. See “GSK’s Andrew Witty’s new role in China“).

Until All of Us Have This “Blue Button,” the Online Health...