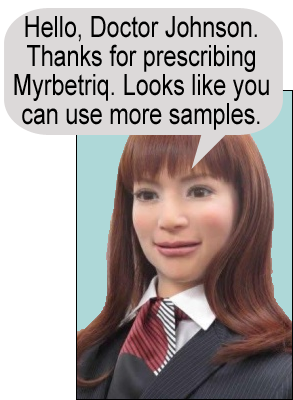 World of DTC Marketing blogger Rich Myer asked “How should pharma respond when attacked?” This was in response to the critique of pharmaceutical marketing practices by John Oliver (see here).

Myer started out with the premise that consumers just don’t understand all the good that drugs do to improve health and save lives and how much money pharma companies spend on research. Which, as Myer says, doesn’t “mean a damn thing if the consumer perception of the pharma industry is in the dirt.”

Other than “work[ing] harder to earn trust and demonstrate everyday that we provide benefits to patients and society,” Myer has no answer to his question.

Myer, however, implies that technology — specifically the Internet — stands in the way because what the pharma industry says in its defense “is not going to be heard in an age when everyone with Internet access is an opinion leader.”

I would like to suggest, however, that the Internet and other digital technologies — especially mobile — can help pharma improve its reputation. How so?

Oliver’s attack on pharma begins with direct-to-consumer (DTC) advertising — specifically DTC TV ads. There is no doubt that these ads are hurting pharma’s reputation. John LaMattina, former Pfizer president of Research and Development, famously called for the industry to drop DTC TV ads as a way to improve pharma’s reputation (see here).

I agree and further suggest that all DTC advertising be done digitally via the Internet and mobile. As more and more drugs are designed to treat “orphan diseases” and targeted to specific populations of patients, it makes less sense to use broadcast media to reach these patients. Just as new drugs will be more targeted, so should the advertising for these drugs be targeted and the Internet is well-suited for that. You can also keep print and direct mail because these also have the ability to target the message to specific audiences.

By keeping the ads narrowly focused, they will be less noticed by the general population, most of whom do not need the drugs advertised. Comics and critics like John Oliver will then not have silly, well-known and viewed TV ads to lambast.

Of course, drug marketers must resist the effort to simply “re-purpose” silly, embarrassing TV ads for viewing on the Internet and truly adapt their messages to the medium.

After Oliver “warmed up” his audience with cartoon bladders and woodworking sexual innuendoes, Oliver’s focused on marketing to physicians citing, for example, the use of young, good-looking sales reps with limited science education/knowledge. Technology can solve that problem.

Technology is already replacing sales reps, who are often used merely to deliver samples, which is a function that can be handled easily by technology (e.g., eSampling as described here).

But doctors may miss the personal contact they have with live sales reps. One way to accommodate that need with technology can be through the use of realistic human-like digital avatars/animatronics such as the one shown above. At least one hotel in Japan may already be using this technology to facilitate check-ins and help guests (see here).

Imagine physicians being able to choose the characteristics of their sales rep avatars and accessing them via mobile devices whenever they want. Call it a personalized “Siri for Docs” who remembers every interaction, sends her docs birthday greetings and even orders food to be delivered for lunch presentations (done via Skype, of course).

OK, the wining and dining of docs cannot be digitized and will still be a thorn in pharma’s side viz-a-viz reputation. That, like TV DTC ads, must be totally eliminated. I contend that if the avatars are compelling, useful, and convenient, there will be less need to lure docs and their staff with free food, much of which is used to gain access in the first place. The convenience of avatars will improve and even solve the “access problem.”

Off-label promotion has gotten pharma into trouble with the FDA and Department of Justice and resulted in several multi-billion dollar settlements that badly tarnishes pharma’s reputation. Obviously illegal marketing practices must be eliminated. Technology can be used to ensure that sales reps stay within the law. When digital sales rep avatars are used, the software controlling them should be approved by medical-legal to ensure that no off-label information is provided except as allowed by law. Avatars should also be programmed to avoid offering “kickbacks” for prescribing products.

Heaven help us, however, if sales rep avatar software is ever hacked by China or North Korea!

Oliver also criticized Key Opinion Leaders (KOLs) who just regurgitate a script written by someone else — much like comedians regurgitate what is written by others. Of course, most KOLs are just high prescribers being rewarded by pharma. The scripted speeches are just for show. It’s best, therefore, if pharma eliminated that practice altogether. Thanks to the new Sunshine law (which uses technology to implement transparency), this may already be happening.

If KOLs were digitized like the avatar sales reps, then they would look less like parrots reciting from a script. The presentation could start out noting that the real doctor behind the KOL avatar has approved the script and is available to answer questions via an online chat session running concurrently.

I’m just thinking outside the box here. Obviously, not every pharma marketing “problem” can be solved by technology. In fact, some marketers probably feel that the “problems” mentioned here are not problems at all, but are “bending of the rules” that essential for the success of marketing efforts. Without a personal component — i.e., real people — pharmaceutical marketing may not be as effective as it currently is. Which may be why we see so little money spent by pharma on non-personal options such as the ones described in this post.