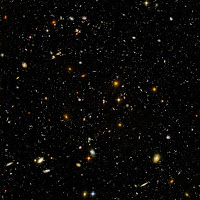 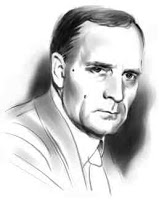 Edwin Powell Hubble — the astronomer after whom the telescope in space is named — was the first astronomer to find observable evidence that the universe is expanding. He also observed what he determined to be galaxies beyond our own, opening up the study of space beyond the Milky Way.

Click on the image on the right, which was taken by the Hubble telescope. Each of those dots is a galaxy! Surely there is a planet revolving around one of the zillions of stars in one of these zillions of galaxies where there is a pharmaceutical industry and an FDA similar to ours, with one difference: that pharma industry has learned how to truly use social media to engage and have “human” conversations with patients.

That bizzaro-world pharma industry has learned how to deal with adverse event information it gathers from patients via social networks. It has also learned how to allow its employees to communicate directly with patients via blogs and carry on “human” conversations.

Now it may be that the bizzaro-world FDA on that planet is very inept and does not have any regulations about reporting adverse events or providing fair balance whenever a drug is named and benefits are mentioned. But I’m not talking about that bizzaro-world. I’m talking about another one on some other of those zillions of planets out there — one that has an FDA just like ours! Maybe even a stricter one — like the one they have in China were they execute people for violating regulations!

I’m no Hubble, but you can call me the Mulder of pharma marketing: “The Truth Is Out There.” There’s got to be a combination that works, somewhere. The odds are in my favor here. If it’s out there, it can be implemented here. QED.

Thanks to my friend Craig DeLarge for the discussion on my Facebook page (www.facebook.com/pharmaguy) regarding this. I invite you to join in that discussion.

Astellas Scientist Shows How to Light Ice on Fire!