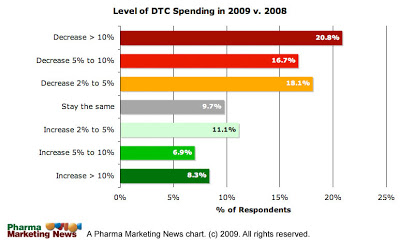 “The financial crisis currently spreading around the world has exerted negative impacts on both the pharmaceutical and biotech industries,” according to a Life Science leader article (see “The Impact Of The Financial Crisis On The Pharma And Biotech Industries“). “A large number of R&D programs have been either cut or put on the shelf.”

The chart below summarizes the number of pharmaceutical and biotech companies that announced restructuring plans between September 2008 and April 2009 (click on chart to for an enlarged view): 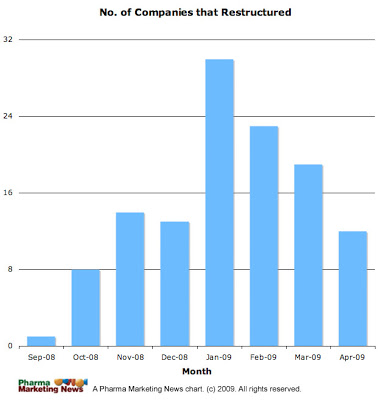