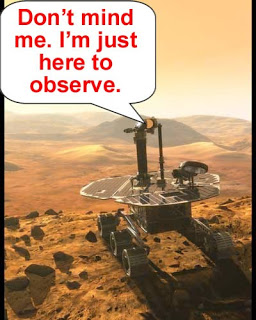 “Social media for pharma is like space exploration is today: you can’t go far now, but you do it in order to be ready for tomorrow”

I love analogies and have even used one of my own in the context of explaining how pharma is approaching social media. See “A ‘Hubble’ View Into the Pharma Cosmos” where I suggested that somewhere in the vast cosmos there is a pharmaceutical industry and an FDA similar to ours, with one difference: that pharma industry has learned how to truly use social media to engage and have “human” conversations with patients.

Back to Jonathan’s analogy. In response, I tweeted “A human hasn’t walked on the moon since I was in graduate school! R U implying that is fate of pharma social media usage?”

So far the best space exploration we’ve done is to send robots to planets and analyze what is found there. That’s equivalent to pharma marketers lurking in social media sites and analyzing what they find there.

Space exploration, like social media, requires that humans actually participate in the adventure, not just send in the robot clowns!

If pharma’s use of social media is like space exploration, then I don’t expect much human participation in social media until more than 30 years have elapsed.