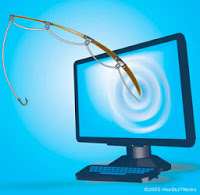 Now that Twitter has had its IPO, pharma companies may get more serious about their Twitter accounts. And Twitter may be more amenable to helping their pharma brethren gain control of Twitter handles that rip off their trademarks such as their corporate names.

Take Pfizer, for example. Like most pharma companies it was tardy getting a Twitter account. Back in 2009, it did not have one — @pfizer was being used by someone else. At the time, I said this account was a “Pfizer Poser” on Twitter (see here).

“@pfizer,” I said, “appears to be Pfizer’s entry into Twitter, but I suspect this is a ‘phishy’ account; ie, a Phony Pfizer or Pfizer Poser.”

“What tips me off to this? Tweets like ‘St. Clair County woman filed suit against Pfizer & one of its employees alleging she was injured after the employee collided w/ her vehicle.’ Why would the REAL Pfizer post something like that?”

“It occurs to me that the REAL Pfizer should go after this phony ‘@pfizer’ and shut it down,” I suggested.

It turns out that Pfizer did NOT shut @pfizer down… it seized or bought the account and claimed it as its own!

As reported by Digital Intelligence Blog (here), “four years after making its debut on Twitter [as @pfizer_news] Pfizer has taken control of its brand on the social network and started using the @pfizer account.”

“Pfizer confirmed yesterday it has now ‘acquired’ its brand name account, but at the time of writing has yet to respond to questions about how this came about – whether by buying the name from its previous holder, appealing to Twitter or some other route.”

I suspect Pfizer bought the handle after Twitter twisted the owner’s arm via threatening letters (emails?). Pfizer could have threatened legal action without Twitter’s help four years ago. The fact that it has just recently gained the name suggests that the now publicly-traded Twitter helped. 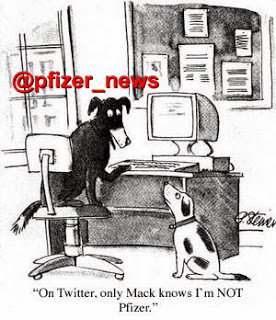 Pfizer said: “The @pfizer handle wasn’t available when Pfizer first joined Twitter in 2009. We didn’t want to delay our entry into social media, so we decided to choose an alternate handle for our launch: @pfizer_news.”

That was in July 2009. At the time, many of us did not believe @pfizer_news was the real thing because it’s Twitter page was amateurish-looking and the account was making suspicious posts.

@val1a My gut tells me I’m right. Just look at the pixelated logo! Amateurs. #1 pharma would never dis their image that way!

RT @pfizer_news: @pharmaguy: “John Mack … We are real!” No you’re not! Wait! Is that my phone ringing?

Ray Kerins — at the time Pfizer’s VP of Communications — finally, after several hours delay, tweeted that @pfizer_news was the real thing.

Back in 2009, I noted that there were other possibly Phishy Pharma Twitter accounts, including:

Merck and Amgen have also claimed there names. @jnj and @bms, however, are still phishy. Johnson and Johnson and Bristol-Meyers Squibb will probably have a difficult time claiming ownership of these accounts because they don’t violate any trademarks.

I’m Non-Objective and Proud of It!