Before I publish my recommendations for 2016, let me review my 2015 New Year’s Resolutions for pharma to see how many were actually achieved.

I don’t know if pharma marketers have forgotten about doing branded tweets, but I haven’t come across any nor have I heard many laments about how hard it is to overcome FDA’s social media regulatory hurdles. 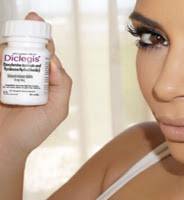 Before the Instagram ink was even dry the FDA sent a Warning Letter to Duchesnay, the drug’s maker. That letter put the kibosh on the “one-click rule”:

“We note the statement, ‘[F]ind out more www.diclegis.com; www.DiclegisImportantSafetyInfo.com[,]’ appears at the end of the social media post; however, this does not mitigate the misleading omission of risk information. By omitting the risks associated with DICLEGIS, the social media post misleadingly fails to provide material information about the consequences that may result from the use of the drug and suggests that it is safer than has been demonstrated.”

2015 Resolution #2: Spend less on broadcast TV and print advertising and more on digital.

Forgettaboutit! The numbers are not yet in for 2015, but if it’s anything like 2014 — and judging by personal experience — the drug industry will be spending even MORE money on TV DTC ads.

2014 was a banner year for TV DTC in that it saw the highest percentage spent on TV since at least 2001 (see chart and read “Pharma Ups Its Investment in TV DTC Advertising“).

Now that the AMA and politicians have called for a complete ban on DTC advertising (Read “Anti-DTC Resurgence“), the industry may invest even more dollars into TV ads while it can.

Lastly, I note that the investment in digital pharma marketing remained very low in 2014 and probably 2015 as well. Data from IMS Health Global Pharmaceuticals Marketing Channel Reference indicates that worldwide pharmaceutical industry investment (i.e., spending) in sales force and marketing channels was nearly $71 billion in 2014 – a drop in 1.4% from 2013. BUT… the digital channel investment increased 32%! However, spending on digital channels accounts for only $2.3bn or 3.2% of the total $71 billion promotional spend worldwide (see “Pharma Digital Investment is Increasing, But Still Only 3-6% of the Total Promotional Spend“).

2015 Resolution #3: If you can’t break the TV DTC over-spending habit, at least stop broadcasting commercials that embarrass the industry as a whole.

Back then some industry pundits thought the Viagra TV ads featuring sexy women were an embarrassment to the drug industry (see here). But you can’t argue with success. At least I think the ads are successful because they haven’t stopped and new women of almost every ethnicity — except black and latino women — are appearing in them.

But perhaps more embarrassing are the TV DTC ads that feature characters like Xifaxan’s “Bubble Guy” who is supposed to look like your intestines but has been compared to a dinosaur and Jar Jar Banks. What could be more embarrassing than that? How about the first ever DTC ad — which may or may not have run on TV — that means the “V” word? For more on that, read “Pfizer’s ‘Humorous’ Menopause Ad Mentions the ‘V’ Word.“

That hasn’t happened as far as I know.

2015 Resolution #5. Try not to break the law and pay big penalties when caught.

Drug companies breaking the law were not much in the news in 2015 unless you count Martin Shkreli, CEO of Turing Pharmaceuticals, who was arrested for securities fraud.

2015 Resolution #6. Stop talking about being “patient-centric” and “putting the patient first” when everyone knows that’s just window-dressing business as usual.

Didn’t happen! If anything, there was a lot more talk about being patient centric. In fact, pharma companies are now using patients instead of science to convince the FDA to approve drugs.

Drug companies and industry regulators welcome patients’ opinions more than ever before. The Addyi case is an a good example of this (read “How FDA Learned to Love & Approve Addyi“). Also, PDUFA is likely to be amended to broaden the approval of drugs by allowing the FDA to consider endpoints that matter to patients and not just scientifically-valid endpoints. I expect to see a lot more of Addyi-type campaigns designed to sway FDA especially where drugs to treat orphan diseases are involved.

Haven’t seen hide nor hair of that! Here are my candidates for such principles:

2015 Resolution #8. Develop more drugs that ALL patients — not just the rich ones — can afford.

Oh là là. If ever there was resolution totally ignored this would be it. “Percent increases for multiple, frequently prescribed medications greatly outpaced inflation, national health expenditure growth, and increases in reimbursement for physician services,” concluded a study published in JAMA Dermatology that looked at the retail prices 19 brand-name prescription drugs (read “Street Prices of Rx Brand-Name Drugs Increase as Much as 400%!“).

Although I hate to repeat myself, this resolution may need to be included in my 2016 list of resolutions. Stay tuned for that.