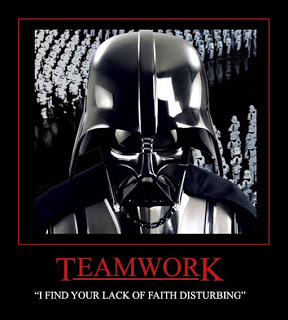 By now, you’ve probably heard about Pfizer’s settlement with the Department of Justice to pay a $2.3 billion fine (see “Pfizer To Pay $2.3 Billion For Fraudulent Marketing“).

The news also revealed that even while Pfizer was in the midst of resolving allegations that it illegally marketed Neurontin, “executives and sales representatives throughout Pfizer’s ranks planned and executed schemes to illegally market not only Bextra but also Geodon, an antipsychotic; Zyvox, an antibiotic; and Lyrica, which treats nerve pain,” according to a New York Times report (see “Pfizer Pays $2.3 Billion to Settle Marketing Case“).

“The whole culture of Pfizer is driven by sales, and if you didn’t sell drugs illegally, you were not seen as a team player,” said John Kopchinski, a former Pfizer sales representative whose complaint helped prompt the government’s Bextra case. Mr. Kopchinski’s personal share of the Pfizer settlement is expected to exceed $50 million, says the NY Times article.

Frankly, I always had a difficult time being a “team player” because — as the saying goes — there is no “I” in “team.”

Of course, the “no-I-in-team” argument is a crock! Everyone in the team wants to benefit personally from winning. For pharma sales reps, to win means to get a bonus. That’s the one big reward that some of the “I’s” in pharma sales & marketing teams receive.

Pfizer has to do a number of things besides paying $2.3 Billion — an estimated 3 weeks of sales income — to the government. It has to implement a corporate integrity agreement with HHS’s OIG (see here).

That agreement includes, for example, a provision that “On or before March 31, 2010, Pfizer shall post in a prominent position on its website an easily accessible and readily searchable listing of all U.S.-based physicians, and Related Entities who or which received Payments directly or indirectly from Pfizer between July 1, 2009 and December 31, 2009 and the aggregate value of such Payments.” (I have some issues with the implementation of such listings. More on that in a future Blog post.)

I wish that Pfizer and all other pharmaceutical companies would go further than what Uncle Sam requires in its Code of Conduct. A new corporate code of conduct provision should state the following:

“It is forbidden for any manager to motivate employees using the phrase ‘There is no I in team.’ Instead, managers should say, “Remember the E in team stands for Ethics. Everything we do should adhere to the highest ethical as well as legal standards of our industry.”

Maybe Pfizer should require all its sales & marketing people not only to read a Code of Conduct, but also to attend a series of classes about ethics. I’d be happy to help lead at least one of those classes.

Are You Passionate About Obama or McCain or Neither?