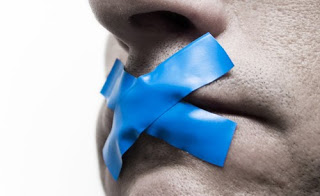 I met some of my Twitter pals there including Ray Kerins (@RayKerins), Steve Woodruff (@swoodruff), Mario Nacinovich (@nacinovich), and Zoe Elliott Dunn (@zelliott), among others. I didn’t tweet very much while at the conference, but you can use the hastag #prsummit to see what other people were saying during the conference.

One issue many people Tweeted about was the “off the record” rule imposed by Mike Huckman (@MikeHuckman), SVP, Director of Media Strategy at MS&L, during the panel discussion “Exploring How Increasing Demands Placed on a Shrinking Number of Sector Reporters are Affecting Coverage of Health Care Issues.”

Huckman also ordered us to shut off our mobile devices and pay attention, which was difficult to do after he imposed the rule that all comments were off the record.

“No quoting… Does anyone know how bizarre this all sounds?” said Len Starnes (@lenstarnes), a nominee for the Pharmaguy Social Media Pioneer Award (see Len’s bio).

Christiane Truelove (@ChristianeTrue) said “Still disappointed media panel here was made off the record. Some interesting things were said.” She was being polite, as always.

During the Q&A, I noted that all my Twitter buddies were all atwitter about the blackout Huckman imposed and I asked him a simple question: “Why?” His answer was: XXXXXXXXXXXX (redacted).

In a followup tweet to Nacinovich, Huckman said: “Apologies … 2 those disappointed it was off the record.”

“Does ‘off the record’ exist now a days?!” asked Paulo Machado (@pjmachado). I guess it does for Huckman, who, BTW, is not a candidate for any SM Pioneer Award that I know of.