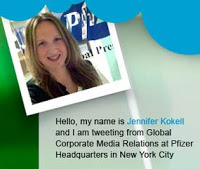 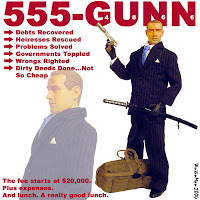 Pixels & Pills Blog’s recent post, “Pharma Jobs of the Future: Professional Tweeters“, got me thinking of a way to supplement my income. That is, hire myself out as a “professional Tweeter” to a pharmaceutical company.

Of course, freelance or contract professional pharma Tweeters is not what Pixel & Pills had in mind. They were talking about an employee of a pharma company assuming the role of professional Tweeter. Such a person, said P&P, “likely … understands the company and its culture, the complaints and compliments shared by customers and, quite frankly, is invested in the success of the organization.”

But this leads me to ask “Is there, right now, a professional pharma Tweeter who has been hired from outside the company to manage and write for the company’s Twitter account(s)?”

I suspect that there are such people.

When @pfizer_news first started, many industry watchers wanted to know who was the person behind the Twitter wall so to speak. We were beginning to suspect that it was a hired gun.

At a conference last year I was glad to be introduced to the real person behind Pfizer’s Tweets: Jennifer Kokell, Communications Specialist at Pfizer (see her LinkedIn profile).

Jennifer even has a photo of herself on the @pfizer_news Twitter page (see right). Several other pharmaceutical Twitter accounts also show who is the person who does the Tweeting.

Some pharmaceutical companies have hired “celebrities” as professional Tweeters. Racecar driver Charlie Kimball, for example, was hired by Novo Nordisk to Tweet via its @racewithinsulin Twitter account (listen to this podcast: “Novo Nordisk’s Race With Insulin Campaign: It’s Not Just About Twitter“). I suspect that some of Charlie’s Tweets are edited before being sent out (see “Novo Nordisk Selectively Copies & Edits Kimball’s Tweets“). If so, is this editing done by an outside “professional Tweeter” (ie, agency) or is it someone inside Novo Nordisk?

There are many ways in which outside agencies and consultants can be hired by pharma companies to help manage their social media accounts. Pharma has always outsourced many marketing functions. Should social media be handled differently? After all, social media is supposed to be the “true voice” of the organization. It’s more personal than other forms of corporate communications.

I would be very disappointed, for example, if @JNJBTW was written by anyone else than Marc Monseau. I have established a personal rapport with Marc via this account. I understand that Marc may not be employed at J&J in that capacity forever and that someone else will eventually take over the @JNJBTW Twitter account. When that happens, I hope it’s another person inside the organization and not a hired gun.

BTW, I am not seriously considering become a clandestine “hired gun” Tweeter for a major pharmaceutical company. Of course, if I was, I wouldn’t tell you!