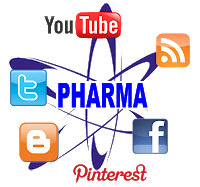 The pharmaceutical industry has consistently promoted itself as an “innovative industry” by which it means it discovers new, innovative drugs through research. No one ever claimed the drug industry was very innovative in marketing in general or in its use of social media. However, consultant and strategist Andrew Spong, just came close to doing that in a post titled “Innovation: the name of the game for Boehringer.”

“By dint of the sheer weight of evidence that has accrued over the past three years alone,” says Spong, “Boehringer Ingelheim may reasonably be identified as the pharma company that sets the pace for the industry in digital environments…Boehringer merits recognition as the digital leader in the pharma industry not because of what it has achieved, but because of what its activities say about the cultural evolution that has taken place within the company.”

Spong and many others are lauding Boehringer’s Facebook Syrum game based solely on hearsay evidence — Syrum won’t be officially released until September 13, 2012 (see “BI to Launch Beta Version of its Syrum FaceBook Game on September 13, 2012“). The “weight of evidence” comes almost exclusively from tweets, blog posts, and press releases written by BI PR people and John Pugh, BI’s Director of Digital.

I doubt if Spong or any other laudatory commentator has actually played the game. If they did, I am sure they would have mentioned it and actually written something new about it.

I am not sure what kind of “cultural evolution” is going in within BI, but I know that the company has exhibited some PR and marketing behavior that regulatory agencies have frowned upon (see, for example, “BI Masters the Art of WOM through Its ‘Parrots,’ er, Spokespersons“). This is not indicative of a cultural evolution in pharmaland.

Spong also mentions BI’s “experiments with outré humour” and links to this “Famously Unpronounceable” YouTube video as an example.

Spong neglected to mention that the above video is NOT found on the official BI YouTube site, which no longer hosts the video in question. BI yanked it because of negative comments from industry commentators such as myself who are “slow to acknowledge its transformation” (see “BI’s Famously Unpronounceable Video Lives On!”).

With regard to the Syrum game, BI has been milking that for almost a year making it one of the more spectacular examples of “vaporware” I have ever seen (again not culturally evolved). BI, IMHO, would have been much better off sticking with real world exhibits (see “‘A Drug is Developed:’ Easier than Launching an Educational Facebook Game about Drug Development?“).

Before you label me solely as a negative commentator, I offer you this: “Boehringer Ingelheim Shows How to Support Patients via Twitter and Beyond”.

Just like every pharma company, BI has its social media triumphs and failures – or “Trials & Tribulations” as I like to call them. See my latest Slideshare presentation on that here.