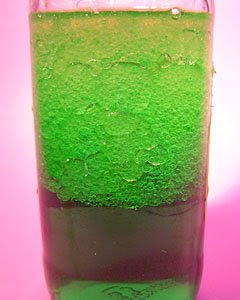 I just learned that oil and water do not mix!!! Unbelievable! Who knew? You can try this experiment and find out for yourself.

My new friend, John Murray, a former regulatory professional employed by pharmaceutical companies, now a consultant and blogger (see here), gave a great example of this “failure to mix” phenomenon in a comment to my post “The Real Reason Why Pharma Hates Social Media Marketing“:

“Posts or comments in any blog that end up having product mentioned or discussed causes that blog, or at least that post, to be a form of labeling,” said Murray. “That means, for most companies, that that content needs to go through a medical, legal, regulatory review before dissemination. More importantly, labeling (in this case promotional labeling) and advertising must (and I mean must) be submitted to FDA on what’s called a 2253 form “at time of initial dissemination” according to the regulations. This requirement in and of itself makes it near impossible for companies to do any real time blogging related to any of their products, and also requires them to pre-review comments on a pass-fail basis.”

What this situation requires, IMHO, is some good NEW-fashioned DETERGENT! I’ve pointed out many times before that the FDA MUST update its regulations and guidelines to keep up with technology — see, for example, “Where’s DDMAC’s Head At?“

Regulations, which reflect how regulatory agencies intend to assure that the law is followed, can be changed. Now that Obama — who carries a Blackberry! — is president, perhaps he will nominate a similarly techno-savvy FDA Commissioner who will spearhead the revision of FDA regulations and guidelines so that they are in sync with today’s world. One caveat: the drug industry may fight tooth and nail against any revisions. You never know what can happen when a government agency sets out to make substantial changes in how it regulates.

We can help by putting pressure on both the FDA and the industry to come up with guidelines for pharmaceutical marketing via the Internet. I suggest that my ePharma Pioneer Club™ members (and would-be members) get together and draw up some examples for the FDA/industry or suggest a public hearing on the matter.

I only note, with regret, that I was a member of an FDA-hosted public hearing about the Internet way back in 1997! Nothing ever came out of it, except for the Internet Healthcare Coalition that I founded to fill in the gap and develop a set of self-regulatory standards. Even that was better than a sharp stick in the eye, which is what ePharma social media marketing pioneers are faced with today.