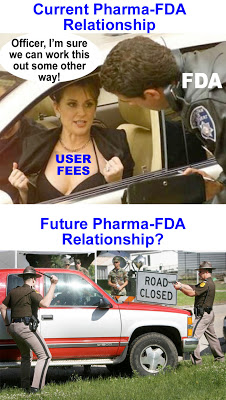 FDA’s recent “untitled” letters notifying 14 pharmaceutical companies that their search engine paid search ads violate FDA regulations (see “The 14 Letters. Who at the FDA Knew What and When?“) has opened a can of worms that is rapidly becoming a snake pit for pharmaceutical marketers. FDA’s actions and the resultant analysis by bloggers, ad agencies, and consultants has opened several questions about the current search engine marketing practices of pharmaceutical companies.

On example concerns the use of “vanity” or “redirect” URLs in Google adwords (paid ads). According to Wikipedia “URL redirection, also called URL forwarding, domain redirection and domain forwarding, is a technique on the World Wide Web for making a web page available under many URLs.”

There are good and legitimate reasons for using redirection, but when used in a paid search ad for an Rx product, redirection is always used to mask the fact that you will be going to a branded Rx site.

As Robert Kadar of GoodHealthAdvertising.com says in a comment to my previous post, “your example does seem to violate Google rules but they obviously have made an exception for Pharma as a large percentage of pharma brands are masking the url’s of their brand sites with generic names like depressionhurts.com [which takes you to www.cymbalta.com]. I believe that at the minimum this is a bad user experience and at worst is false advertising.”

Usually, as I pointed out in yesterday’s post, Google does not allow redirect URLs in adwords. Google’s public policy states: “Your display URL must accurately reflect the URL of the website you’re advertising. It should match the domain of your landing page so that users will know which site they’ll be taken to when they click on your ad.”

It appears, however, that Google has carved out an exception to this policy to allow pharmaceutical marketers to create adwords that mention the drug’s benefits WITHOUT having to include the drug name as would be the case if the URL accurately reflected where the consumer would be sent if he or she clicked on the ad.

Consumer might be “fooled” into thinking they were going to an independent site and NOT to a pharmaceutical company site. Would they be harmed? Probably not.

But another commenter to my post, enkil76, pointed out that this practice may be another sort of “one-click rule” destined to cause trouble for pharma: “Is this like the one-click rule? At this point, I would say [FDA] haven’t been enforcing a rule. What says tomorrow they won’t?”

Tomorrow’s FDA might not be as friendly to pharma as today’s FDA is: