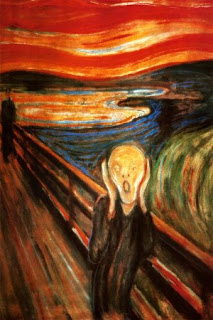 “The economy lost 2.1 million jobs in the past three months, equal to a staggering 1.6% of the entire work force,” said Charles Biderman, chief executive of TrimTabs, reports the Wall Street Journal (here). “These job losses are the largest as a percentage of the labor force since February 1975.”

“That’s higher than the 630,000 loss forecast in a Dow Jones Newswires survey, and would be the largest number of jobs lost in one month during this recession. The figure for January was revised to show 614,000 jobs lost, compared with the initial figure of 522,000.”

My friend Jane Chin, founder of the Medical Science Liaison Institute, sent her subscribers an e-mail in which she pointed out that the outlook for MSL jobs in the pharma industry is grim:

“We had a teleconference this week with some MSLs who were recently laid off to brainstorm on ideas for next actions. This economy, compounded with M&A has seen MSL programs cut. Even experienced MSLs face a tough time getting MSL jobs.

“Those without doctorate degrees are meeting roadblocks from companies (some said big pharmas are the worst in this regard) who care more about the doctorate “D” than decades-of-experience “D”.

“Last week I also held a group coaching webinar for aspiring MSLs who see the challenge from the other side of the coin, because they’re getting objections about not having prior (or enough) MSL experience even with the doctorate “D”.

“I don’t have any magic bullets and honestly I have a feeling we haven’t yet hit rock bottom. I do know one thing: I’d rather weather the storm with many like-minded and supportive colleagues who are on my mailing list.

In my “Pledge to Pharma Marketing News Subscribers and Advertisers,” I expressed the same sentiment of “weathering the storm with many like-minded and supportive colleagues” and hope things turn around quickly.