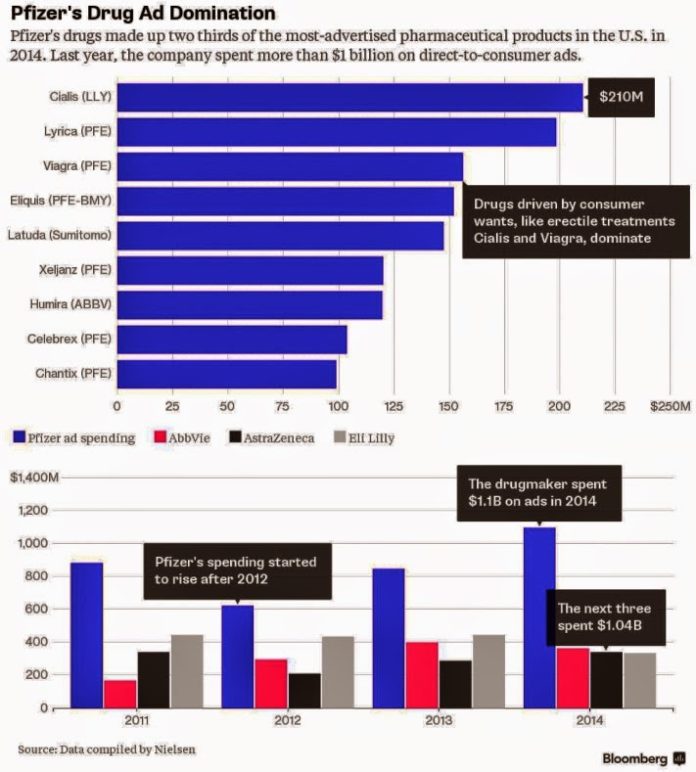 If Pfizer chose not to do direct-to-consumer (DTC) advertising, we’d have less bad ads to criticize (as, for example, this ad for Viagra) and the total spending on DTC advertising would be 30% less than it is today. In 2014, Nielsen estimates that the U.S. drug industry spent $4.53 Bn on DTC advertising. Pfizer spent $1.4 Bn. 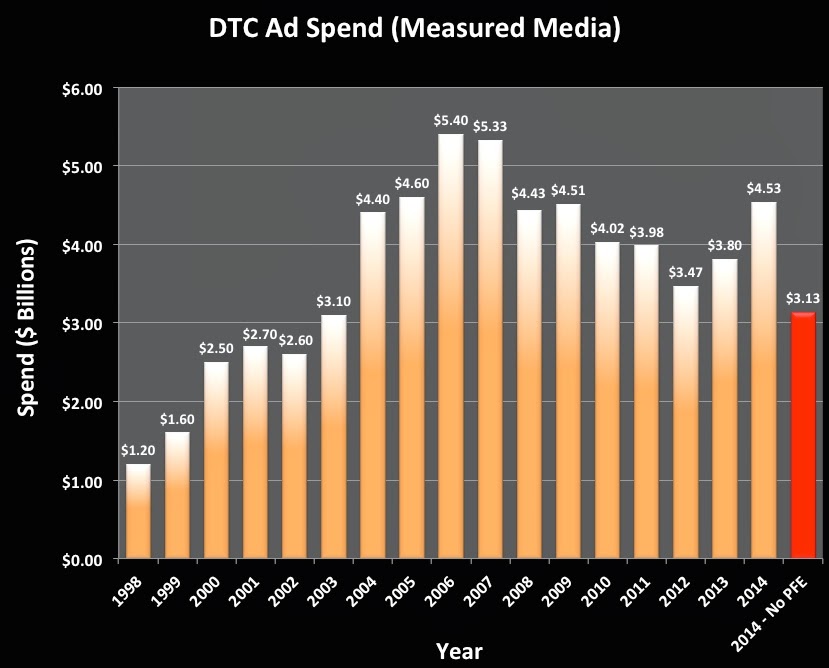 Pfizer simply is too big to fail as far as the DTC advertising world is concerned!

According to Bloomberg (here), Pfizer spent “$751.9 million on television ads, more than double second-biggest spender AbbVie Inc.” This domination of the drug ad airways goes back to at least 2011 as shown in the charts prepared by Bloomberg.

“Pfizer had seven of the top 10 most-advertised drug brands, according to data from Nielsen, with ads for erectile dysfunction drug Viagra, blood-thinner Eliquis and arthritis drug Xeljanz all in the top five,” reports Bloomberg. “Those are among its biggest sellers, and made up $10.5 billion of Pfizer’s $45.7 billion in drug sales last year.”

Cynthia Koons, the author of the Bloomberg article, interviewed me last week. Her question was: Why is Pfizer spending so much more than any other pharmaceutical company on DTC advertising? She quotes my response in the article:

“Pfizer probably can afford it more than any other pharmaceutical company,” he said, adding the drugmaker is looking to market therapies for diabetics and to people seeking to quit smoking. “TV is very good for reaching these large populations but it’s very expensive, it’s probably the most expensive form, so that ups the amount of dollars that are spent whereas some other pharmaceutical companies may be putting their money into other media that’s not as expensive like print or Internet.