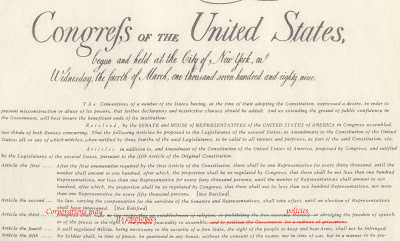 “Freedom of Speech” is a “right” that many commercial entities claim when defending advertising practices. The pharmaceutical industry, for example, has cited their first amendment rights when defending direct-to-consumer advertising (DTCA) from Congressional foes who wish to limit or ban DTCA altogether.

However, it is common practice for individual pharmaceutical companies to limit the first amendment rights of agencies that create DTC and other ads for them. They do this by requiring agencies to sign non-disclosure and work-for-hire agreements before they are hired as an agency of record. Practically all corporations do this, not just drug companies. Corporations are not democracies except when it suits them.

Recently, the issue of limiting the rights of pharma agencies came to my attention via a new (to me) blog I discovered via Twitter: “Pixels & Pills.” This blog is a collaborative effort between Palio and Zemoga, two creative and complementary marketing firms that have been working together for over eight years.

Last week, the blog published a post by Guy Mastrion, Palio’s Chief Global Creative Officer, entitled “The FDA, Freedom of Speech and the Web.” In that post, Mastrion complained that one of his pharma clients asked the agency to remove a creative piece his agency did for them. The drug company client cited FDA regulations as the reason:

“Recently a client asked us to remove work that we created for them from our corporate and personal websites. The reason for the request, as understood by us, was out of concern that the work could be viewed out of context and not in compliance with FDA guidelines. The client felt at risk for being cited for non-compliance and possibly even fined.”

Mastrion also used a hypothetical patient-created content situation to imply that the FDA stifled free speech not just for pharma companies, but for ordinary citizens as well.

“So, let’s say a person living with diabetes sees an ad for a diabetes product, and is compelled to copy the ad from whatever website they happen to be on. Then she notices a bit of copy from another source, it could be poetry, that perfectly supports her idea or feelings, so she copies that and then posts it to a site of her own or a social media site. This information, now taken out of context, is an expression of her freedom of speech but it also flies in the face of FDA guidelines.”

Of course, the FDA has absolutely no jurisdiction over what you or I say on the Internet. So this hypothetical patient case is just a red herring that Mastrion uses to raise our ire about his own predicament with his pharma client, which is a completely different situation. As an agent of the pharma company in question, Palio is subject to FDA regulations whenever it makes claims about a drug product it has helped its client promote.

“As an agency,” says Mastrion, “our ability to attract new clients requires us to be able to promote ourselves, and prospective clients expect to see case studies of work done for others. Our website and other areas of web presence provide unique opportunities to showcase our work. To display one page of concept and often two or three pages of fair balance in the context of self-promotion to the trade seems unreasonable.”

Now, I do not know what Palio did to trigger the necessity for fair balance, but I’ve seen many other agencies display the work they have done for their pharma clients without any problem.

A hint why Palio’s case might have been different came to me when I watched one of the case studies currently on Palio’s site. It was for Zometa, a drug approved by FDA to “reduce and delay bone complications due to multiple myeloma and bone metastases from solid tumors.” The case study on Palio’s Web site did not just present the ads it created for Zometa. It was a video history with voiceover, which at one point proclaimed Zometa as a “life-preserving product.” Life-preserving, as far as I can tell, is not an approved indication for this drug. If I were Novartis (the drug company that markets Zometa), I may be worried about that claim made by its agent without providing fair balance.

Maybe Palio went even further in the case study that another drug company asked it to remove from its web site. It’s possible, therefore, that the drug company rightly used FDA regulations as an excuse for removal of the case.

Most often, drug companies do not want certain things said about its products if it has the ability to censor. Of course, no drug company can censor what I say about a product because they are not the boss of me! They are also not the boss of diabetes patients unless those patients violate laws such as copyright and trademark laws. Although I can say anything about a drug, I may not be completely free to use the drug logo. For example, I cannot create a phony Cialis blog and use the Cialis logo to make it appear to ba an official Cialis site (see “Cialis Blog Shut Down“). But the FDA is certainly not involved in these kinds of disputes.

In the case of Palio’s Zometa case study, I think the client (I assume it was Novartis) has been especially forgiving. The case study mentions “sagging brand” and “fragmented branding approach” in the introduction. Of course, in the end, all problems were solved and Zometa won market share. Everyone is happy and it’s a good story.

What’s my point? Simply that in this and many other cases, the FDA is unjustly accused of limiting “freedom of speech” when, in fact, drug company anti-competitive policies are the primary culprits when it comes to first amendment rights of agencies and ordinary citizens.

P.S. In all my criticisms of brand products, I have never once been approached by a drug company demanding that I remove or amend my piece. I also try not to make benefit claims of drugs that are not supported by the approved labeling.