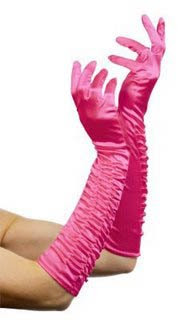 Last week I suggested that a Tweet supposedly made by diabetes patient/racecar driver Charlie Kimball was at best a “sleazy” reminder ad and, at worst, “spam’ (meaning a product promotional message I never asked to receive). See “Novo Nordisk’s Branded (Levemir) Tweet is Sleazy Twitter Spam!“.

In a comment made to that post, Ross Fetterolf, VP Digital Strategy at Ignite Health, said “Yes, the post itself is a bit awkward, but it’s hard to stay colloquial when a regulatory cloud surrounds this kind of communication; inclusion of the generic name and link to the PI were necessary for the tweet to even be possible.” See comments to the post cited above.

Ross was not the first person to tell me how hard it is to create “colloquial” social media communications that aren’t “awkward” because of FDA regulations.

Scott Docherty, from Procter & Gamble Pharmaceuticals, also defended his company’s Asacol community for UC patients by invoking big bad FDA regulations: “With regard to the Community section, due to restrictions impacting the entire pharma industry for branded websites, we face challenges achieving the vision we have for this Asacol Community website.” See comments to post “Proctor and Gamble’s Dysfunctional Asacol Community for UC Patient.“

In both cases, more blame can placed on the marketers themselves than on FDA.

In the Ascol community situation, I never raised one single issue that had anything whatsoever to do with FDA regulations. I cited a dysfunctional website that was giving users conflicting instructions of how to submit stories, having a voting system that did not count votes, and not allowing users to respond to stories submitted by others and carry on a conversation. The FDA does not care a fig about any of these things. P&G, I suspect is just concerned about receiving adverse event reports that it MAY have to submit to the FDA. That “regulatory problem” may already have by solved by UCB pharmaceuticals (see “Finally, a Drug Company Embraces Social Media, AEs Included!“).

The Levemir Tweet, to me, just seems like a sleazy way of getting around FDA regulations just for the sake of mentioning the product name! It’s not enough that the name is all over Kimball’s race suit and car, he also has to mention it every once in a while in his Tweets?

This Tweet seems to have embarrassed at least one of Kimball’s friends, who wrote this in personal communications to me:

“I happen to know Charlie … I think he is a good guy and hate to see him hurt by this incident. I wonder if someone at Novo is adding in the marketing messages … Charlie made a mistake by letting it go out. I just hope that the heat is directed at Novo instead of him.”

You know something is wrong when you get unsolicited comments like that.

“Charlie Kimball’s Tweets would be much more interesting if he stopped posting about cleaning his race suit, taking Levemir, etc, and told us a little bit about how he FEELs being a race car driver with diabetes, how he deals with the unique problems his medical condition gives him, etc. THAT would truly be inspirational!

“The real challenge for pharma marketers is to make a personal connections via social media, not to figure out how to get around regulations to promote brand name drugs.

“So my advice … is to put away the branded hammer and take out the unbranded silk gloves.”

There are a million ways you can use social media to promote your product and educate people about staying healthy without getting letters from the FDA (for a few ideas see “50 Ways to Use Social Media“). But seriously, if you need help and are not getting this from your current agency of record, you can give me a call at 215-504-4164 or drop me an email at johnmack@virsci.com and I will help you find another agency.

These three cases remind me of the Three Little Pigs children’s story, which I adapted to create the following (click on the image to enlarge it):

Pfizer’s Sales Reps Have 48 Hours to Out Deliver eSampling Program....