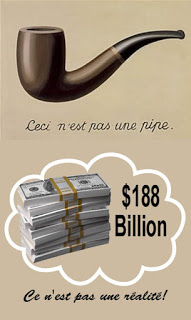 These numbers come from a study conducted by Capgemini Consulting with HealthPrize Technologies: “Estimated Annual Pharmaceutical Revenue Loss Due to Medication Non-Adherence.”

On the cost side, the New England Healthcare Institute estimated that medication non-adherence is responsible for $290 billion in “otherwise avoidable medical spending” in the US alone each year.

“On the pharmaceutical revenue side, however, the impact of medication non-adherence had yet to be accurately quantified,” said Capgemini in the executive summary of its report. “The market assumption relied upon to date, and quoted extensively, has been $30 billion globally, which we felt was a gross underestimate-prompting this project.”

“Interventions to improve medication adherence should be top priority for the pharmaceutical industry,” said Capgemini. It’s not likely that the drug industry can capture all the revenue “lost” dues to non-adherence.

“While achieving 100% medication adherence is not possible,” said Capgemini, “even a modest 10 percentage point increase in adherence could lead to a significant rise in pharmaceutical revenues, accompanied by improved health outcomes and decreased healthcare spending.”

Is improving adherence — even a “modest” 10 percent improvement — a “pipe dream?”

The Evolution of the Written Word in the Social Media Information...