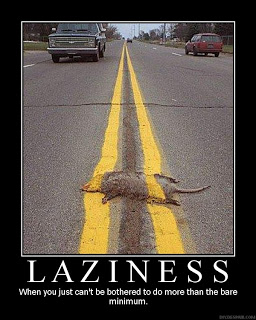 GSK Blogs About Challenges of Communicating via New Media Channels

“Michael F,” writing on GSK’s More than Medicine Blog, suggests that critics “take into consideration that there may be much larger issues at stake governing the way we communicate…before making claims that ‘Pharma doesn’t know how to do this [talk about products on Twitter and other social media channels]'” (see “Communicating to Stakeholders … Part 2“).

I have to say that I’m beginning to really like GSK’s blog and am modifying my initial impression that the blog’s sole agenda is to “to propagate GSK’s and the drug industry’s argument AGAINST a government-run health insurance plan that competes with private insurance’ (see “The Real Agenda of GSK’s New Blog and Why the Authors’ Identities are Cloaked“). Since last week, an amazing number of “new” posts on diverse topics have been made to the blog — or, more accurately, made publicly available.

One category of posts is “GSK People,” which highlighted a post about Pete Hare, who heads GSK’s HIV and Immunology group. It includes commentary from Mr. Hare plus photos that he took of himself. This is getting close to the kind of drug company employee “blogging” that I recommended a long time ago (see “A Primer on Pharma Employee Blogging“) to help improve the image of the drug industry — probably the main reason why drug companies have blogs these days.

Getting back, however, to pharma’s “challenge” communicating information about their products via new media, “Michael F” had a lot more to say, including this:

“Last week we wrote about the challenges of communicating about our products through new media channels,” said Michael F. “Two items from this week’s news are illustrative of some of the unique issues with which we must contend when writing about our business.

“An NPR story on the rise of pertussis cites doctors’ anecdotal reports on “an increase in the number of parents refusing to vaccinate their children against childhood diseases.” As a manufacturer of vaccines we have an obvious business interest in pediatric vaccines that we believe aligns with public health interests. The NPR story fairly addresses a significant public health issue so we’d like to highlight it on our blog. But not so fast… we must first ask ourselves whether doing so could be seen as promoting our products. If it is viewed that way, then we have an obligation to include additional information about the product in question.

“So, it isn’t straightforward when a vaccines manufacturer communicates about vaccines. There are times when even our disease-oriented communications might be interpreted as promoting our products, thereby requiring that additional information be included along with the mention of our products (approved indication statement, safety information, submission to FDA etc). Many factors, including a pharmaceutical company’s position in a particular market (ie, if they are the largest or only manufacturer of a product for the disease under discussion) and the product’s approved indication can inadvertently raise the perception that the communication is promotional.”

Please edit the above by taking out “new media channels” in the very first sentence. My point is that this is not just a new media challenge. The same could have been said about communicating disease information via “old” channels such as press releases. Interesting, but nothing of interest to new media mavens. Move along.

“When it comes to Twitter,” said Michael F, “there isn’t much collective experience or precedent for any of us. So it isn’t surprising that as one blog pointed out, Pharma hasn’t nailed it yet. However, in our view, the FDA’s recent communications on sponsored links raises questions about how Twitter can be used to communicate about prescription drug products. For example, FDA has made clear that the short 100 or so character ad copy used in sponsored links cannot be used for anything deemed to represent what the product is used for, without also including the safety information about the product in the sponsored link – a difficult challenge in such limited space. Including a direct link to the product’s website where all the important information about the product is spelled out is not sufficient.”

What bugs me, however, is that drug companies are relying on “precedent” to determine their new media communications strategy! This is ridiculous! First of all, “precedent” is unreliable as the case of FDA’s 14 letters proves. The industry thought it had precedent and it even came up with a name for it: the”one-click rule.” No matter that anyone with an ounce of brains — eg, me — could plainly see that “precedent,” in this case, meant only that drug companies were getting away with flouting regulations under a complacent FDA administration.

Now that there is a new FDA administration, the drug industry is waiting for a new precedent before engaging further in social media. So, forgive me for saying this “Michael F,” but you already should know how to communicate via new media channels. The stuff you claim is holding you back is not unique to new media. I can think about 5o ways you can use new media without violating FDA regulations (see “50 Ways to Use Social Media“). Why don’t you hire me to help with your new media strategy rather than wait for your competition to do something that either does or does not result in an FDA letter (sent about one year after the fact)?

Of course, the first thing I would recommend is that GSK join in the call for FDA to issue guidance on its views regarding the use of new media (ie, the Internet, social media included) for drug and device promotion. That would eliminate reliance on precedent, which is really an excuse for doing nothing.

Disclosure: One person who’s involved with creating the GSK blog is a personal friend of mine. I have not discussed this issue with him.

Pharma is Spending More on DTC Advertising But Its Effectiveness is...