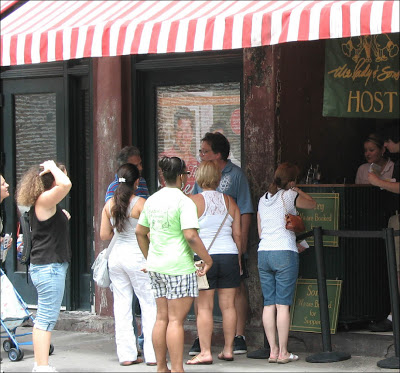 It is rumored that celebrity southern-style chef Paula Deen will soon announce that she has diabetes (surprise) and that she is a spokesperson for Novartis’s diabetes franchise (see “Rumors Say Paula Deen Has Diabetes, Will Work for Novartis“). She will compete with Paul Sorvino and daughter who are currently the diabetes spokespeople for Sanofi (see “Diabetes Costars“).

How Novartis plans to position Deen as a spokesperson for diabetes awareness should really be interesting. She’s not much of a proponent for healthy lifestyle changes, which PhRMA recommends should be part of every direct-to-consumer advertising campaign.

According to the article cited above, “Deen has faced withering criticism for the high amounts of fat, salt and sugar in her dishes. When Deen’s cookbook for kids, ‘Lunch-Box Set,’ was published in 2009, Barbara Walters asked her, ‘You tell kids to have cheesecake for breakfast. You tell them to have chocolate cake and meatloaf for lunch. And french fries. Doesn’t it bother you that you’re adding to this?'”

In 2009, I took a road trip down south with my son (see photos here). A highlight was when we had lunch  at “The Lady & Sons” — the restaurant Deen owns in Savannah, Ga. We ate the “fried chicken, ribs, cheesy meatloaf and sweet potatoes” for which the restaurant is famous. Here’s the scene that day outside the restaurant (TIP: you may not have to wait for a table if you are willing to eat upstairs in the bar; of course, you have to be thin enough to fit on the stools, which may not work for most of these people waiting on line):

[See “My Bad! Paula Dean Shills for Novo Nordisk, Not Novartis” for a followup to this post.]

The End of DTC as We Know It