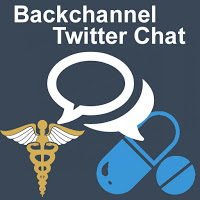 Twitter is becoming a common adjunct to medical conferences. Attendees and outside observers (including patients) can follow the online discussion via the official conference hashtag. Some experts predict that virtual attendees of medical conferences will soon outnumber physical attendees (read, for example, “The Emerging Virtual Medical Conference“). This is a concern of medical societies that depend on the income generated by these events. Related to that is the concern that commercial entities — i.e., pharmaceutical and medical device companies — can use Twitter to exert their influence over physical and virtual attendees before, during, and after the conference.

A study by Desai et al (here) examines the use of Twitter by commercial entities and concludes that due to the reach of their Twitter accounts these entities do exert an equal or greater amount of influence than healthcare providers via social media. The fear is that “third parties can use this influence to promote their products or services instead of sharing unbiased, evidence-based information,” say the authors. They argue that whereas conference organizers mitigate “detailing” at live events — e.g., not allowing third parties to select speakers at plenary and other sessions, not allowing third parties to pass out literature in-and-around classrooms, and restricting learner access to third parties to one geographic location (“exhibition hall”) and only during specific periods of time that do not conflict with other scientific sessions — there are no such restrictions in the virtual realm.

Consequently, the authors propose safeguards to limit third party — i.e., pharmaceutical — “detailing” via Twitter “backchannels” as they call it. What are these proposed safeguards? Are they necessary?

The study authors recommend the following activities to “bring the medical community closer to establishing guidelines for third party activities in Twitter backchannels”:

Should Medical Societies Curb the Use of Conference Hashtags by
Pharma and Medical Device Companies? Take the Survey Now

Listen to This Podcast