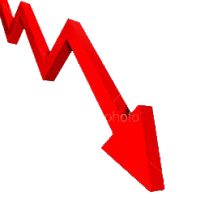 Last week, while at a New Jersey networking event, I met many people who used to be employed in the pharmaceutical industry but who are now “in transition,” which is one of those “Awkward Euphemisms” for out of work and looking for a job (see “Days of Live Pharma Reps are Numbered: M&A’s and Outsourcing – the ‘Bain/Bane”‘ of the U.S. Pharma Industry“).

I’ve kept the poll going and as of today over 2,500 responses have been collected. 85% of respondents agree that the industry is in a “recession.” Unfortunately, I did not include “DEPRESSION” as a choice. I’m sure a good portion of respondents would have chosen that rather than “recession.” You can take the poll yourself and/or view the current results (right, above).

Obviously, the pharmaceutical industry has shed a lot of jobs between 2008 and today. Pharmalot reports, for example, that according to Challenger Gray & Christmas, 18,264, jobs were lost between January and July 2011 vs 8,958 that were tallied during the same period this year (see here).

In 2008, I suspect most pharma jobs that disappeared were in sales and marketing. Since then, however, research and development has been hit hard by layoffs due to mergers and acquisitions and outsourcing research overseas. That’s why I met only out of work scientists at the NJ networking event.

A Crestor Blog Ad About a Crestor TV Ad About a...