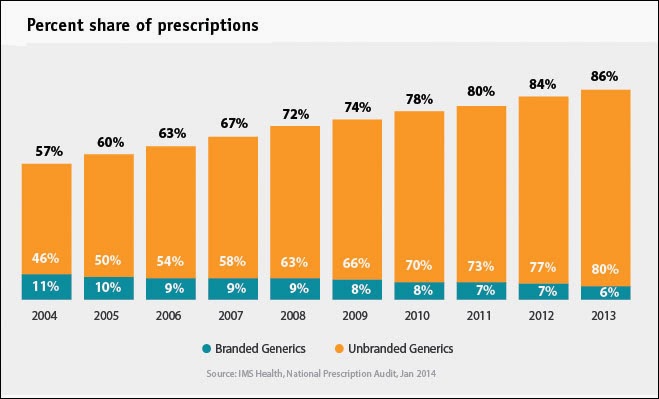 According to a new report issued today by the IMS Institute for Healthcare Informatics, total spending on U.S. medicines increased 1.0 percent on a real per capita basis in 2013, while the use of healthcare services overall rose for the first time in three years.

The study – Medicine Use and Shifting Costs of Healthcare: A Review of the Use of Medicines in the United States in 2013 – found that “total dollars spent on medications in the U.S. reached $329.2 billion last year, up 3.2 percent on a nominal basis and a rebound from the 1.0 percent decline in 2012. Primary drivers include the reduced impact of patent expiries, price increases, higher spending on innovative new medicines, and greater use by patients of the healthcare system.” 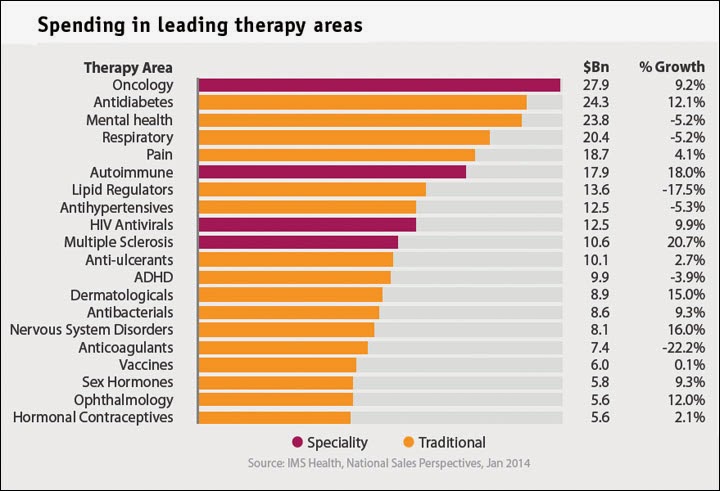 Here’s another chart showing the trends in the number of total prescriptions – including refills and renewals -written (TRx) and the spending growth over the years: 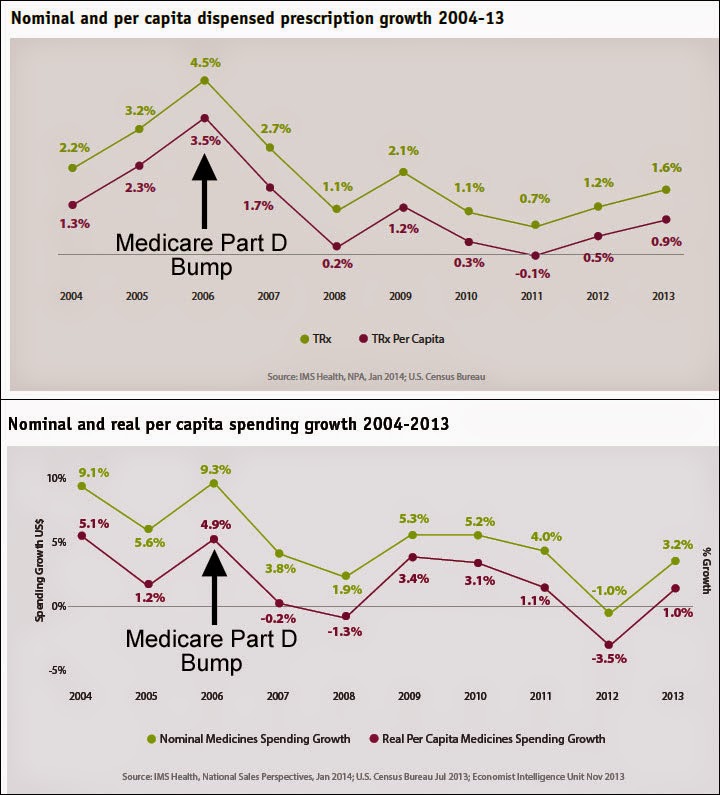 According to the report, Higher spending growth in 2004 was associated with “a period of substantial innovation in medicines, whereas 2006 was linked to the implementation of Medicare Part D drug coverage for seniors.”

One other interesting factoid from this report is the trend in percent share of prescriptions written for generics, which is shown in the following chart:

Branded generics don’t seem to be able to compete with non branded versions despite the hype about drug brands being more trusted by consumers. Simply having a “reputable” company put their stamp of approval on the label, while keeping prices higher than non-branded versions does not seem to be a viable strategy for the drug industry, IMHO.

The full version of the report, including a detailed description of the methodology, is available at www.theimsinstitute.org. It can also be downloaded as an app via iTunes here.

Free CME Without Direct Pharma Support: Is It Possible?