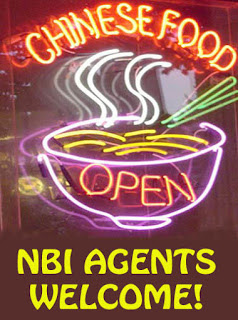 “Armed with a tip from pharmaceutical company Pfizer Inc., several dozen government investigators carried out a series of rapid fire raids one day last month on what were supposed to be the key suppliers of counterfeit drugs in the city [Manila],” reports the Wall Street Journal (read the story here).

“The net result of the raids, touted beforehand as likely to be one of the largest counterfeit drug busts in the city this year, was $200 worth of fake Viagra, Pfizer’s erectile-dysfunction drug.”

Another similarity between these two types of war is the unbridled optimism expressed by those in charge. “I think we are making a dent in the problem, but it’s a slow process,” said Scott Davis, senior director for global security in the Asia Pacific for Pfizer and a former special agent for U.S. Customs. Smells or sounds like victory, but it’s no where near actual victory.

Here’s yet another analogy: the war on counterfeit (or illegal) drugs seems to be as hobbled by rampant corruption of officials as is the war in Afganistan (or Iraq). In the case of the Manila raid, an owner of a couple of the target warehouses “bragged that he knew the NBI’s [the Philippine’s National Bureau of Investigation; i.e., the country’s FBI] lead investigator on the counterfeit drug case and the deputy director who authorized the raid.” After the raid turned up practically nothing, “the owner and the government agents walked a block away to lunch at Maxim’s Tea House, a Chinese restaurant, according to people close to the investigation.” That lunch probably cost more than $200!

It was interesting that the raiders found what they thought was counterfeit Cialis — an ED drug marketed by Eli Lilly. Unfortunately, they did not have a search warrant for that illegal product, so no one was arrested.

It appears that Pfizer and Lilly did not share their intelligence data in this case, otherwise the NBI could have had a more inclusive search warrant.

This begs the question: Is the drug industry working together as allies in the war on counterfeit/illegal drugs? Are they sharing intelligence? Or is this also “proprietary” information that each company wants to keep close to its vest?

As J&J Focuses Less on Consumer Products and More on Medical...