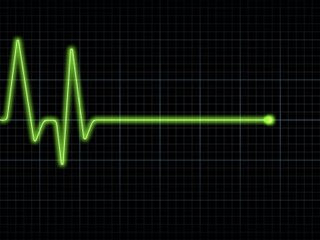 A new ad agency — TBWA — won GSK’s weight loss alli account last week according to a recent Advertising Age article (“Side Effects of TBWA Win Include Unpleasant Alli Account”). If its efforts to save alli via a new advertising campaign fails, alli could be on “life support within 12 months,” says a marketing executive quoted in the article.

But alli is already on life support! It’s more likely to be dead in a couple of months.

The first sign of trouble was when the alli blog (alliconnect) went silent back in September, 2008 (see “Has the alliconnect Blog Been Abandoned?“). Just prior to that Steve Burton — who is credited with launching alliconnect — was replaced by Karen Scollick as Vice President for US Weight Control at GSK (see “New Image for alliconnect Blog: Skinny Women“). These warning signs predated the reported review in February by GSK of Havas’ Arnold, the agency that was handling the alli account at that time.

US sales of alli were down 53% in 2008 to $131 million according to AdAge. It’s market share for weight-control tablets is down 7% in the most recent 52 weeks compared to the year before.

AdAdge also reported that GSK spent $95.6 million in measured media spending in 2008. That does not include the alli blog and search engine marketing (SEM), which could be as much as 40% of all ad spending. That means GSK could have spent $159 million to advertise and market alli in 2008 to achieve that $131 million in sales – a negative ROI. In comparison, 2007 was a much better year: GSK spent $88.6 million in measured media ads ($147.6 million, if you include the blog plus SEM), while sales of alli were $247.2 million.

Bad marketing, however, is not to blame according to the AdAge article. “Keri Gans, a registered dietitian and spokeswoman for the American Dietetic Association, which partners with GSK to promote healthful eating and working with a registered dietitian, doesn’t fault the marketing,” says AdAge. It’s the consumer’s fault for not following the healthy living directions included in the marketing. Perhaps the marketing was TOO effective in that regard: it may be that people followed the advice about healthy living, stopped paying through the nose for alli, and lost weight; ie, you can lose the weight WITHOUT alli! That could explain why sales in 2008 tanked after a good initial year in 2007.

Are Pinterest Women & Virality Worth It to Pharma Marketers?