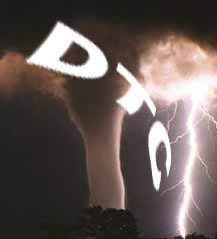 I love Fridays! It’s the day when I get to read a new post by Bob Ehrlich, fellow blogger and Chairman of DTC Perspectives. Sometimes, I am honored that Bob mentions me by name as he did last week when we debated the definition of the word “decimate” as it applies to direct-to-consumer (DTC) ad spending (see here).

[I just wish that Bob would link out from his blog to the relevant post in my blog so that his readers can see exactly what I said in context. Oh well, you can’t have it all. Sigh!]

This week, Bob takes on the issue on DTC’s impact in general and broadcast/mass media DTC in particular. I have discussed this issue many times and I believe Bob was thinking of me when he said “The long term viability of DTC effectiveness is under debate among industry watchers, particularly the use of mass media.” I forgive him for not mentioning me by name because I too have also referred to him without mentioning his name (see “DTC Spending Will Be Decimated in 2009, Experts Say“).

[BTW, Bob is not the ONLY expert who predicts that DTC spending will be “decimated” (or worse) in 2009. For more on that, see the January, 2009 Pharma Marketing News article “The Future of DTC Advertising.” You can get this article FREE if you are a subscriber (subscribe here).]

Bob cites yet ANOTHER study that claims that DTC advertising is losing its “punch.” He mentions an MSNBC article and the study, but does not provide the links. Here they are — MSNBC report: “Direct-to-consumer drug ads losing their punch“; The study itself: “Lack of Impact of Direct-to-Consumer Advertising on the Physician-Patient Encounter in Primary Care: A SNOCAP Report“.

The study’s results are summarized in the abstract:

Lily-White Lilly. Homophobic and Sexist Too?