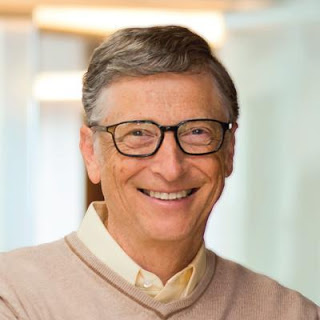 In a recent email, STAT: The Readout asked “Who’s the next Mr. (or Ms.) Fantastic?”:

“President Trump has a ‘fantastic person’ in mind to nominate as his new FDA commish. While we wait for his announcement, we’re asking for your vote: Who is most likely to hear ‘You’re Hired!?'”

5 candidates were put forward. It turns out that NONE is a woman. 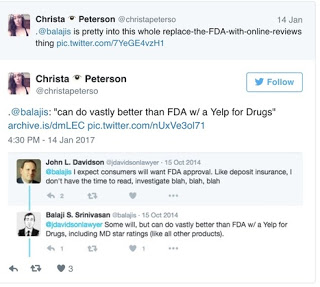 [From STATnews] Srinivasan, for his part, has claimed the FDA creates “catastrophes” to increase its funding and that drug development takes too long. “Drug development prior to FDA shows that modern regimen is not necessary for safe innovation,” he tweeted. He also suggested in a tweet that “Yelp for drugs would do a better job.” Ref: “Trump ‘Putin-ative’ Candidate for FDA Leader Would Have Converted Agency to ‘Yelp for Drugs’.”

UPDATE: Srinivasan is no longer a candidate for FDA Commissioner, reports STATnews. “Washingtonians know that before one’s name is floated as a candidate to run a federal agency, it’s imperative to delete one’s nasty tweets about said agency.” 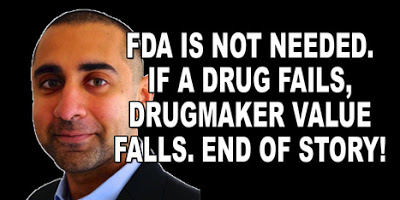 [From Forbes] O’Neill, works at Mithral Capital, the firm founded by Paypal and Facebook backer Peter Thiel. In an August 2014 keynote at the Rejuvenation Biotechnology conference, O’Neill suggested: “We should reform FDA so there is approving drugs after their sponsors have demonstrated safety — and let people start using them, at their own risk, but not much risk of safety. Let’s prove efficacy after they’ve been legalized.” See “Why Donald Trump’s Putative FDA Pick Should Scare Pharma & Patients” and “Trump Meets with 2 Silicon Valley Candidates for New FDA Commissioner: Both are Fans of ‘SeaSteading’ to Avoid Regulation” 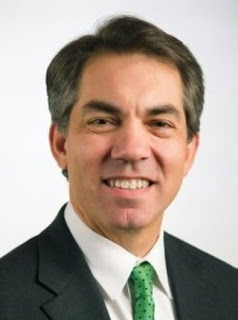 [From STATnews] Kalavritinos spent seven years as director of global lobbying for the Irish pharmaceutical and medical device company Covidien, which sells a wide array of hospital supplies around the world. The US company Medtronic bought Covidien in 2014 and promptly moved its headquarters to Ireland, which has a lower corporate tax rate. “Trump Names Lawyer Lobbyist Without Any Medical/Science Background At All to Head FDA During Transition” 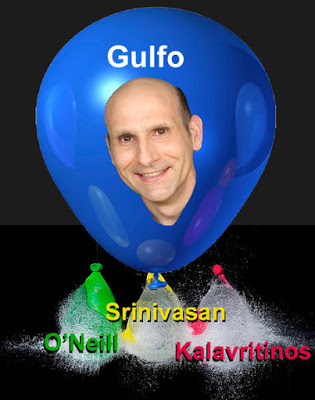 [From STATnews] He wrote that FDA should adopt four categories of drug approval, which he says would better follow the intent of the law than the current system. For instance, he believes the FDA should grant approval of some medicines even if they haven’t shown that they change patients’ health outcomes in the long term. Instead, he writes, the FDA should consider whether the drugs lead to positive trends in biological parameters associated with the disease, such as glucose levels. See “Another ‘Trump Candidate for FDA Commissioner’ Trial Balloon Floated.” 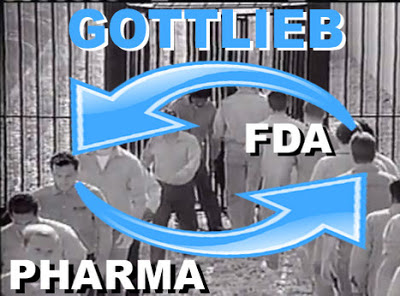 [From Reuters] Gottlieb’s ties to the pharmaceutical industry run deep. He sits on the boards of multiple companies and advises others, including the British pharmaceutical giant GlaxoSmithKline Plc. From 2005-2007 he was the FDA’s deputy commissioner for medical and scientific affairs. See “If Gottlieb Becomes FDA Commissioner, It Would Be First Case of FDA-Pharma-FDA Revolving Door”

Gates once said “If the pharmaceutical industry developed and promoted drugs like Microsoft develops and promotes software, we would all be paying only $25 a year for all the drugs we need.” See “If Bill Gates Ran Pharma”

How to do Social Media Pharma Marketing without Getting Blown Up