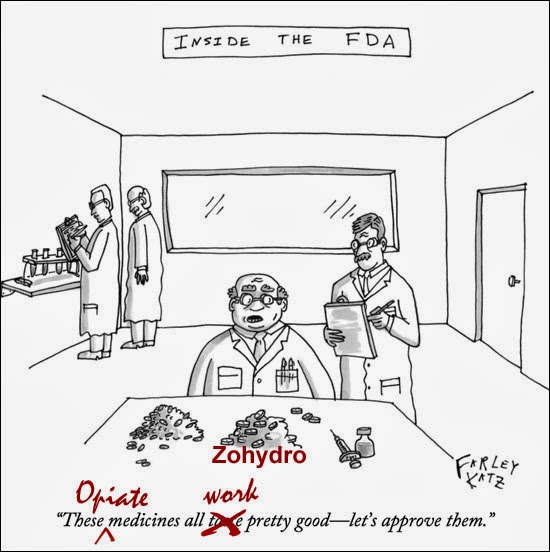 The opiate Zohydro was approved by the FDA although that decision went against the recommendation of the agency’s own advisory panel, which voted 11 to 2 against approving the drug because of its potential for abuse.

More than 40 consumer organizations, health care agencies, addiction treatment providers, and community-based drug and alcohol prevention programs called on the FDA to revoke its approval of Zohydro, “an opioid so powerful that a single dose could kill a child,” according to Public Citizen (see here).

In addition, “a group of more than 40 doctors is hoping to preempt its release by urging the FDA to reconsider its decision,” reports Regulatory Focus (see “Docs v. Zohydro“). “According to the letter penned by the doctors, Zohydro is five to 10 times stronger than its nearest equivalent, Vicodin, and has the potential to cause a severe rise in overdose deaths.”

As Regulatory Focus reported (here), Senate Minority Leader Mitch McConnell sent a letter to FDA in February 2014 demanding to know why the agency had approved Zohydro.

While reading the March 17, 2014 issue of the New Yorker magazine, I discovered this cartoon, which graphically depicts FDA’s typical drug approval process. I made a slight modification that explains why FDA approved Zohydro.