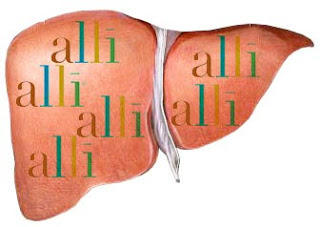 That’s because the FDA just issued an “Early Communication about Ongoing Safety” for orlistat, marketed as Alli and Xenical. Specifically, FDA is reviewing 32 reports between 1999 and 2008 of serious liver injury in patients taking orlistat. All but two involved prescription Xenical and occurred outside the United States (see here).

Should consumers of these products be concerned?

I asked that question on the myalli.com community discussion board, where I posted this message;

Subject: Should I be concerned.

Message: Yesterday I learned that the FDA was investigating serious liver injury events caused by orlisat – the drug in alli (see http://www.fda.gov/Drugs/DrugSafety/PostmarketDrugSafetyInformationforPatientsandProviders/DrugSafetyInformationforHeathcareProfessionals/ucm179166/). Although the FDA said to continue taking alli, I am concerned. Since I have no doctor to advise me, I wonder if I should stop taking alli.

The message is currently awaiting moderation. I’m not holding my breath for approval any time soon.

Consumers taking prescription Xenical at least have their doctors who they can call for advice. I suppose that people taking alli can ask their pharmacist. Maybe I’ll try that this afternoon and see what he says.

Bu don’t expect GSK to notify visitors to myalli.com about the FDA’s early communication and offer any advice.

Of course, the early communication may turn out to be a false alarm. But it also may lead to further action such as a “black box” warning added to the product labeling (for Xenical) as was the case with Chantix.

But what can the FDA demand to be put on the labeling (box and promo materials) for alli, which is an OTC product?

From wikipedia, I learn that the FDA requires that OTC products be labeled with an approved Drug Facts label that includes safety information. It’s possible, therefore, that alli’s label may need to be changed if FDA concludes there is actually a safety issue. Considering that the FDA issued some strong warnings about Tylenol and other OTC pain medications, it just might happen!

Medium vs. Message vs. FDA